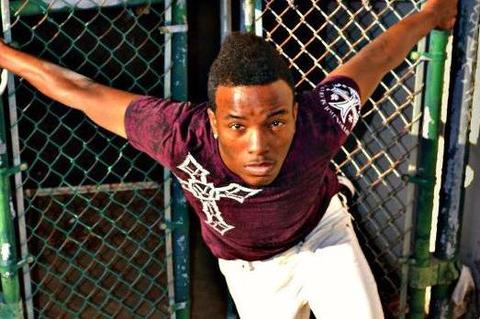 New Orleans based music artist Joshua “JC Styles” Cornelius is an energetic Hip-Hop/Bounce artist, dancer, host and motivational speaker. Armed with an up-tempo/heavy base sound, JC Styles seeks to touch as many individuals as he can with his brand of progressive, yet re-latable Hip-Hop.

Growing up, JC Styles was surrounded by the music biz. His dad was a drummer who recorded a major gospel hit that made radio stations worldwide. His mom was a singer, and his late great- grand father Danny White, was one of New Orleans strongest artists in the late 60s. Being surrounded by such great talent, it was no surprise that JC Styles would soon follow in his family’s footsteps.

Styles performed in front of his first audience at the tender age of 4, where he received a standing ovation for his Black History school play. At 13 he again won over people’s heart when he starred in his 7th grade talent show, performing an Usher rendition. But it wasn’t until he turned 15 that he started to really consider music as a career. He states,

“After Hurricane Katrina came and I realized that god had spayed my life, I wanted to leave my mark on the world. I figured the best way to do that would be doing music. I wanted to record music but at the time I didn't have a studio. I use to sleep outside because I didn't have a place to go and I would just sing and sing. When I did get an apartment I had a tiny wash room I slept in. I brought a tape recorder and a tape and started beating on the wall making whatever came to mind. I would watch TV shows just to receive opportunities and when I did, I would mail my tapes, until one day I turned on my TV and saw that they had a talent agency called Talent Internationals. I was ready to conquer any opportunity, so I signed up and made an appointment. I advanced and made it through until they told me to finish school.”

Styles nearly gave up on his music career, but that's when he decided to go to the mall. On this day he meets this guy named Gutta selling his mix tapes, and became so inspired by his ambitions that he free styled for him. Gutta loved it and helped Styles record his first song “Gimmie” which spread all over the internet.

“For the first time in my life I felt I had everything figured out, that wasn’t until Gutta went to jail for murder, so my rapping career was discontinued. I formed a dance crew and blew up on Myspace with over 8000 views for my dancing videos featuring my Flipside dance group. I was destined to take off. I sacrificed so much, jumpin off buildings, jumpin off trucks, hoppin out of garbage cans and trunks. Ect. All that was for the love I had for my fans, that wasn’t until I got arrested and did days in jail for stealing to maintain an image. From then on I realized life was too short for the nonsense.”

Years passed, at 19 JC Styles moved back to New Orleans to give rapping another try. He entered talent shows all over and received first and second places. It was during this time that he met another upcoming artist named Lucky Lou. Soon after he joins Lucky Lou’s FNS Dance group and records his first hit single, “Hit Da Uncle Sam,” which received spins on a few Atlanta radio stations.

Since, JC Styles has become an overnight sensation. He has performed at venues such as New Orleans own Siberia, The Republic, The Hooka Bar, Iffel Society, Boomtown Casino, One Eyed Jacks, Who Dat Bar, and Choclan Church. Others include: Chicago's Division Fest, St. Louis, Alabama, Kansas City, South Carolina, Knoxville, Memphis and a host of others!

JC Styles is six years in the game and still standing. He is currently pursuing a solo career, backed by his very own Flipside Dance Crew. He states,

“My focus is mostly on dancing so I make songs for people to just vibe to. You know, seeing people with joy on their faces, so that's my main mission and fulfillment. I want to just leave my mark. In the end, everyone will know I lived, I loved, I touched hearts, I was here.”