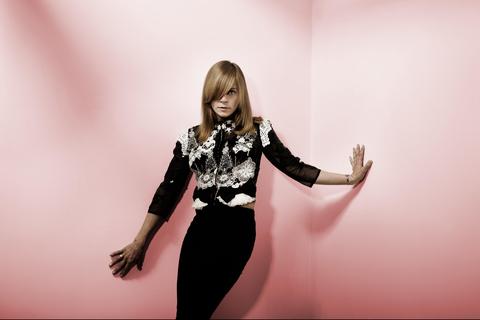 Ane Trolle Biography
Based on her previous involvement in numerous musical constellations, singer Ane Trolle has proved to be one of the strongest and well-acclaimed voices on the Danish music scene.

Past
Gifted with a natural musical talent, her equally rough and vivid voice has taken Ane Trolle far around the Danish music scene. And with a rare ability to engage in the right constellations, Trolle has managed to become one the most recognized female artists in Denmark.
One year she’d burst out of any radio with sweet treats of honey-drippin’ reggae-pop in the company of Danish rapper/producer, Pato, as the duo Trolle // Siebenhaar.
The next year she could be heard putting down the truly melancholic and yearning vocals for the highly acclaimed producer and DJ, Trentemøller. Together with her good friend and colleague, Josephine Philip, Trolle created a unique and playful universe under the name of JaConfetti. Lastly, her latest musical outputs includes her partaking in the trio, Balstyrko, alongside Blæs Bukki, and Ormen, creating some of the most interesting Danish music to hit the national charts.
But not only has Ane been able to cross over to a larger and more mainstream Danish audience – despite her often quite uncompromising take on musical subgenres – she’s also experienced some significant success abroad. In particular, collaborations with both Siebenhaar and Trentemøller has generated international recognition – gaining attention from all over the world and especially hitting the charts in Germany and France with the Trolle//Siebenhaar-single Sweet Dogs, as has her crucial vocal feature on Trentemøllers massive electronica hit, Moan.
Prior to her involvement in the these constellations, Ane Trolle was a frequent act in the Danish underground, best known for her ability to jump onstage at any request and blow the audience away with an immediate outburst of improvised words and melodies.

Present
In a close collaboration with producer and musician, Peter Leth (The Crooked Spoke, Junior Senior (live)), Trolle has gathered all her experiences from previous collaborations under one roof. And she is now ready to release her very first album as a solo artist. The material for the album, Honest Wall, has come about after several years of travelling around the world to remote and exotic destinations, such as Rwanda, USA and Haiti, hooking up with a vast variety of authentic and enthusiastic people. All sharing each of their own inspiring story. And subsequently she would spend endless nights in the studio and in her home – a cosy wooden cottage not far from the centre of Copenhagen – processing the ideas and impressions from these adventurous journeys.
Honest Wall is a compressed distillate of Trolle’s wide ranged universe, personally as well as musically. It bares witness of her constant curiosity and reluctance towards monotony. In Ane’s own words “it would feel wrong to make a streamlined album. It has to be a wide variety of moods, colours and sounds to righteously portray my inner self.”

The lyrical universe on Honest Wall reflects the diversity that characterizes the music. The songs are rooted in Ane’s need to portray close relations, and the feelings that come with these. The song Remedy deals with ambivalence; the often difficult and yet warm family relations. Lost and unresolved love is portrayed in both Ribbon Arms and Algae & Bottles, where as the title track is a sincere celebration of art, creativity and playfulness. According to Ane Trolle Honest Wall is about “Passion, curiosity and the importance of letting this passion be the key factor in life”.