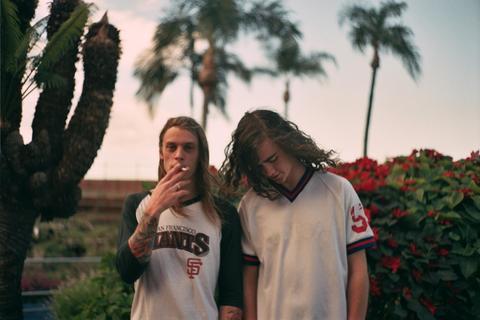 Hailing from Brisbane, Australia, the Dune Rats combine the laid-back musical forces of BC and Danny to create something which sounds like it could have only been created on a perfect, sunny beach somewhere far away. After releasing their Social Atoms and Sexy Beach EPs, the Dune Rats have completed successful tours with artists like The Hives, Best Coast and Bam Margera. After recently releasing their hit new single 'Red Light, Green Light', (and the accompanying controversial 'green' music video to go along with it) Danny and BC are ready to hit SXSW hard and bring their chilled-out summer rock vibes to America.