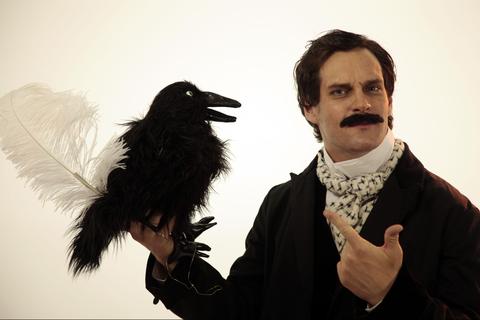 Listen to The Gospel of Hip-Hop

MC Lars wrote his first rap song when he was 16, a hip-hop take on William Shakespeare's Macbeth called "Rapbeth". Little did he know, he would later be able to turn this into a career writing rap songs about books. After graduating from Stanford University in 2005 with his BA in English, Lars toured extensively with his punk backing band and released four full-length albums, three EPs and one b-sides compilation. He has collaborated with "Weird Al" Yankovic, Ian MacKaye and KRS-One and has opened for hip-hop legends Nas and Snoop Dogg. He has been called a leader of the "nerdcore hip-hop" movement, and has received press from MTV, CNN, Rolling Stone and SPIN for his quirky, intelligent and independently produced "lit-hop" music. In addition to studio and video work, Lars has done hip-hop activism work for both the American Foundation for Suicide Prevention and the American Heart Association, and has given workshops at UCLA, USC, Stanford and high schools across the country. When he's not on tour, Lars lives in Los Angeles and does new media education research at USC, where he recently gave a TEDx presentation on his work. He's also writing a book on the history of hip-hop with MAD magazine writer Chris Gates and is stoked to bring his educational and creative background to the table with his new kids' TV show, "Yes Yes Y'all!". His new project, "the Edgar Allan Poe EP" is comprised exclusively of songs inspired by works by the 19th century American poet. The EP's lead single "Flow Like Poe" premiered at Carnegie Hall at a performance by MC Lars at the Scholastic Art & Writing awards.