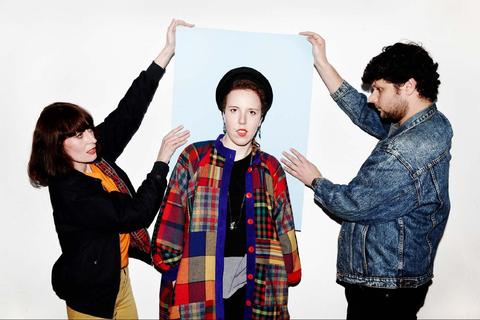 Holy Balm are a three piece dance act from Sydney, Australia. Their debut album, 'It's You', was released on Not Not Fun in 2012, and will be touring the USA throughout March 2013 to launch it. Their sound has been described by NNF as one that genre-splices strands of mutant new wave, free-form house, digital trashcan tribalism, and minimalist pop. Holy balm formed in 2006, and since have had the pleasure of supporting many international acts including Boredoms, Ariel Pink, Black Dice, Sun Araw and LA Vampires, and have played with many great Australian local acts such as Fabulous Diamonds, Naked on the Vague, Total Control, My Disco and Bum Creek. Other notable performances include performing at the Sydney Opera House as part of the Screenlive series (curated by Otherfilm), and at Artspace as a part of Superdeluxe’s residency during the Sydney biennale in 2010. Selected releases include a 7” single, 'Hand over fire/Strange Water' on Perth-based label Hustle Muscle and a live cassette on Near Tapes, a cassette label headed by Matthew Hopkins of Naked on the Vague. Pending releases include a 12" single on Michael Ozone's labelHome Loan Records (Melb, AUS) sometime early 2013.