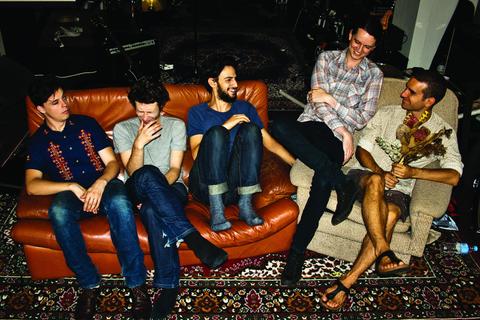 Recorded and co-produced by Tim Whitten (The Go-Betweens) the bands first full length LP "Bill, Dance, Shiner" was released in March 2012 on Spunk Records/Co-Op. It shows off the group’s knack for intertwining guitar acrobatics, high falsetto vocals, and lush chill sounds. First single "Angeline” is a west coast indie stylin' pop treat that has been featured on KEXP's Music that Matters podcast series, while the second single "Over the Hill” is a melodic guitar driven rocker.

The LP follows the release of the "To Anything" and "Cartoon Islands" EP’s. Bearhug have toured with Broken Social Scene, Stephen Malkmus & The Jicks, Built To Spill and other indie rock veteran acts, and will be heading back to SXSW in 2013 with a new EP in tow.