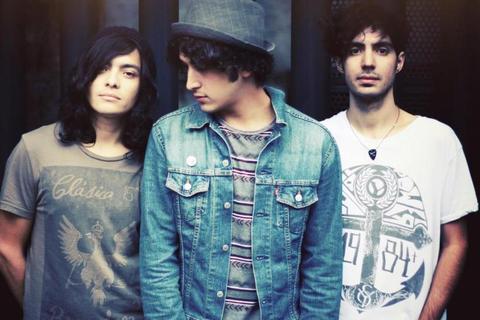 It isn’t easy to talk about the Mexican Indie rock scene without coming across the name Aurum; a tremendous band formed in 2004 with a mind blowing guitar riff and vocal sound.

The history of the band is simple; rehearse and make up some good tunes and then hit the road and start to make a name for yourself, which is exactly what they did. After recording their first EP, the band started to tour intensely throughout Mexico as an independent band just worried about getting their message and music across the country. After touring with this EP the band’s networking sites began to have a great demand and the word was out that there was an independent band touring and giving great shows; the band became one of MySpace’s (Mexico) top played artists, and to this date remain that way when in January of 2010 they were named on the top numbers on MySpace by Rolling Stone (Mexico).

After two independent EP’s the band signs a record deal with Westwood Entertaiment in association with SONY Music Mexico and release their first LP in 2009 recorded in “Sonic Ranch” studios in Tornillo Texas accompanied with their first video supported single “Contrareloj” .

In 2010 the band released “Despierta” and getting ready to hit the road again. After two years in 2012 Aurum signed with Indian Summer Music (international indie label) and and announces his new album “ATLANTICA” which has been produced by Javier Blake (Division Minucula) and will be out at winter