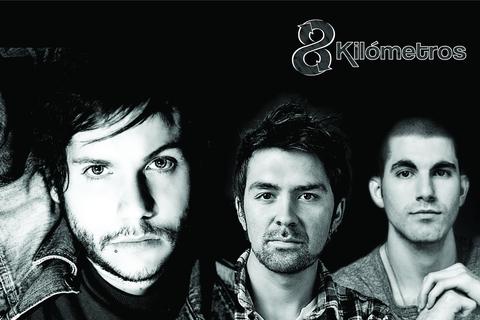 Listen to No fnjas Mas

8 Kilómetros is defined from a phrase "Make it Possible."

Their show is an extension of this desire (“Make it Possible”). They leave on stage all the power of pop punk in Spanish, and communicate beyond language with a show full of energy and adrenaline.

The theme of their songs turns around common themes like love, heartbreak, friendship and hope, in a 40 minute show with a basic rock band (two guitars, a bass and drums).

“8 Kilómetros” is a 10 year old band that bets on rock and tries to compete in the middle of many fusions and latin mixes, reminding the public that many of these new sounds emerged from rock.

Their independent work makes them proud about their achievements; they have one of the best performances from Rock Bands in social networks in Colombia and have been growing up with a successful tour in Brazil in 2012, their new launch for 2013 with the album "Make it Possible” and their showcase in SXSW, Austin Texas.

Enjoy their music, show and help them to "Make it Happen."