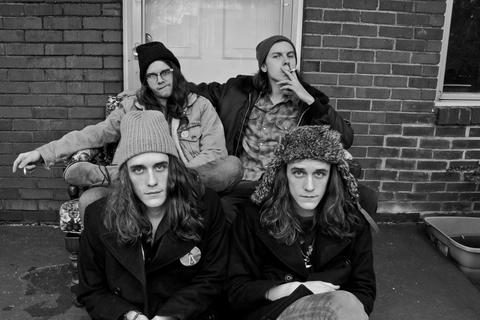 Listen to The House We Grew Up In

The Weeks are an indie rock band from Mississippi whose cathartic output of songs stems from the same root: their geography and disadvantaged youth. Beginning In March of 2006, The Weeks, ages ranging between 14 and 16 years, formed as a 5-piece band. In 2008 they signed with a local MS-based indie label Esperanza Plantation, releasing their first album, Comeback Cadillac followed with Rumspringa EP in 2009. The band ultimately became a tight 4 piece band with twins Cyle (vox) and Cain Barnes (drums), Sam Williams (Guitar) and Damien Bone (bass). Perhaps best described as “Delta Rats,” The Weeks have truth and soul in everything they do, and in the midst of their thrashing, thoughtful, manic pop thrills, they never lose sight of the songs. Cyle, as the band's lyricist, writes about what he knows and is often autobiographical. Their music, arranged by Sam Williams, conveys the attitude and emotion that the band utilizes to punctuate their experiences, frame the impact of their surroundings and pointedly references their life in the South. This is equally true in their live show where attitude and amplitude are nuanced and ever present.

The Weeks recently signed to the Kings Of Leon’s Serpents & Snakes imprint where they will released an EP, Gutter Gaunt Gangster on September 25th, 2012, featuring the single “The House We Grew Up In”. A full-length album entitled “Dear Bo Jackson” is scheduled for release on April 30, 2013 with the first single “Brother In The Night” to be release in March 2013.