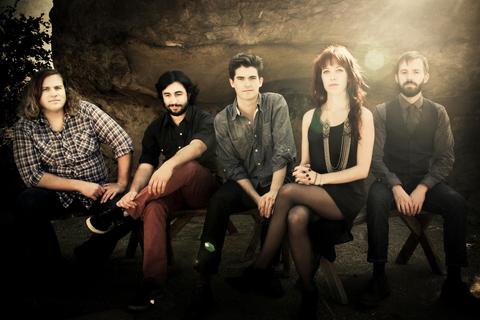 Listen to Buried in the Murder

Rarely does a young band emerge with a combination of skills, talents and vision fully developed. But the LA-based quintet The Lonely Wild is that true gem who’s writing and arranging talents are only surpassed by its members’ ability to work seamlessly as a singular, dynamic voice.

Formed in 2010, The Lonely Wild is the brainchild of Andrew Carroll who had moved to Los Angeles to study writing, music and film. Carroll and multi-instrumentalist Ryan Ross met in school and quickly discovered that their skills as composers and arrangers complimented one another’s abilities. The two added lead guitarist Andrew Schneider, vocalist/multi-instrumentalist Jessi Williams and drummer Dave Farina to round out the mix – each a friend or fellow LA performer bringing their own unique background and talent.

Picking up solid momentum from their critically acclaimed debut EP, Dead End, The Lonely Wild quickly made a name for themselves in and around greater LA with fans such as Nic Harcourt (KCSN), Chris Douridas (KCRW) and Kevin Bronson (BuzzBands LA) on board. The band continued to hone their dynamic live performance through a series of high-profile shows opening for John Doe, Damien Rice, The Elected, Laura Marling and Lord Huron in addition to their highly successful residency at Silverlake’s famed Satellite.

In early 2012, the band holed up in The Hangar in Sacramento for a weeklong recording session. Working through consecutive 16, 18 and 24 hour days to produce what would ultimately become The Sun As It Comes, an album filled with gut-wrenching emotion, fragile beauty, and explosive energy. “It was a true labor of love,” Carroll says, “and a sheer force of will, that allowed us to finish this record. We all knew it was the most important artistic statement we had ever made, so we had to pull out all the stops.”

The epic track “Buried In The Murder” is a sonic voyage that perhaps best showcases The Lonely Wild’s unique and genre-defying sound. Carroll’s lyrics act almost as a confession of guilt for playing a part in corruption, greed and entitlement. With an arrangement reminiscent of a classic western, the song allows The Lonely Wild to truly showcase their unique ability to perform each part with bombastic confidence as a singular unit. No one voice outshines the other; no member more important – collaboration rarely found in a developing band.

Slated for an April 2nd, 2013 release via their own Ursa Major Recordings (distributed and marketed by Thirty Tigers/RED), The Lonely Wild’s The Sun As It Comes is a record that reflects upon the times in which we live while taking the listener on a sonic journey of impressive heights.