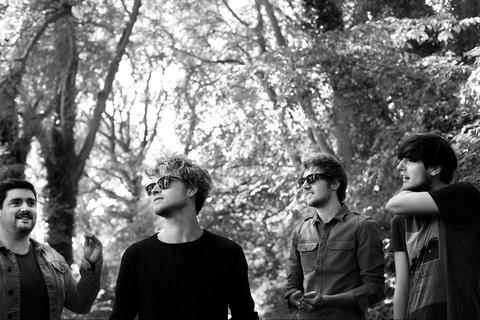 Steve and Mark, lead vocal and guitar respectively, met in the school choir at the tender age of 7. Growing up minutes apart in the Dublin suburb Swords, they remained friends through their adolescence, both picking up guitars in their early teens - a natural step in a lifelong obsession with music.

The pair played together in numerous bands through their teen years, eventually acquiring Vinny, also a Swords native, on drums at the age of 15. Many years of playing together followed, in various iterations, before they decided to commit everything, and Kodaline was born. Steve and Mark set about writing a new set of songs, this time drawing on the influence of their biggest inspirations; Bruce Springsteen, Sam Cooke, The Beatles...

Armed with a new repertoire, they recorded their first demos and started trying to garner some label interest. One early convert was Steve Harris, producer and mixer for the likes of The Kaiser Chiefs, Dave Matthews Band, and U2. He in turn brought the band the band to the attention of B-Unique Records who signed the band in 2011.

Since then, Kodaline have released one self titled EP through B-Unique/RCA. The EP, and lead track All I Want, have caused a stir in the UK, and at home in Ireland, as well as the US - partly thanks to the song being chosen for the trailer of this year's Grey's Anatomy final season.

The band have been touring to support the EP, and promote their next release (High Hopes EP - January 2013), supporting acts from We Are Augustines to The Cranberries, and selling out all of their own shows to date in the UK and Ireland.

Kodaline's debut album is due in Spring 2013 on B-Unique/RCA Records.