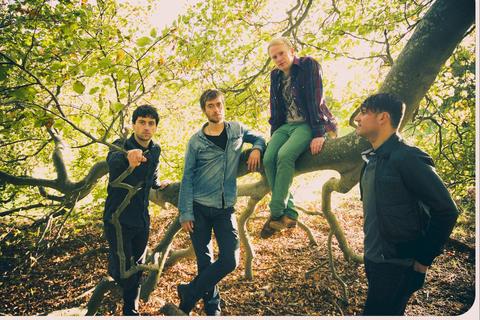 Listen to Did We Ever Really Try

Dublin-based DELORENTOS are currently being hailed as one of Ireland’s finest and most imaginative bands.

Suffice it to say the band’s self-released third album (and third consecutive Top 10 album), Little Sparks has been hailed as their best music to date. It is packed with a beautiful balance of gutsy, melodic guitar songs riddled with harmonies, pure pop moments, and more reflective, building soundscapes.

The Irish media greeted its release with a rake of 4 and 5 star reviews:

“The sound of a band who have found their musical and lyrical groove.” - Irish Times
“One of the finest Irish releases of recent times” - www.entertainment.ie
“Uniformly fabulous” - www.state.ie
“Last November’s EP hinted that Delorentos had some new tricks up their sleeve, but it didn’t fully prepare the listener for the quality and consistency of this hugely assured album.” - Irish Independent

On the release of "Little Sparks" Delorentos set up a series of one-day pop-up shops in disused stores around Ireland to promote the record as well as meet and play acoustically to fans and newcomers alike. This is on top of having self-produced a full-colour A4 magazine (themed around their favourite creative people in the arts in Ireland) to package the 4-track EP that preceded the album.

Meanwhile the band’s live shows in 2012 (both electric and acoustic) have seen them thrill crowds in Ireland, Spain, Netherlands and Germany with headline shows and festival appearances alike; including appearances at Electric Picnic (Ireland), Benecassim (Spain), The Reeperbahn Festival (Germany) SOS 4.8 (Spain), Santander (Spain), and San Sebastian (Spain). Having learned a whole set of new instruments so that they could perform fully-fledged acoustic sets, the band have also continued to display the gentler, more reflective side of their musical nature with acoustic tours and one-off shows in churches and theatres wherever and whenever the opportunity arises.