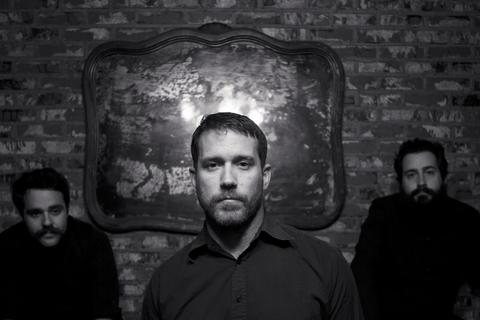 Simply put, they don’t make musicians like Chuck Ragan anymore. For nearly two decades Ragan has traversed the country and the world—first with his celebrated punk act Hot Water Music and later as a solo troubadour—to bring his music to the masses.

Correspondingly, aside from the seemingly endless singles, splits and collaborations, Ragan’s third solo album Covering Ground is as much of a love letter to his transient lifestyle as it is a concession to the loved ones he often has to leave behind and is also undeniably his most honest and accomplished album to date.

Covering Ground is the sonic equivalent to Jack Kerouac’s On The Road and could only be created by someone bred into road life and who requires a release like this in order to stay sane doing it. “The majority of these songs were written on the road,” Ragan explains. “We’ve been running hard and burning the candle at both ends for years. It's been amazing in many ways but just as well extremely harsh when you end up making a massive amount of sacrifices to sustain in that type of nomadic lifestyle.”

This duality lies at the core of Covering Ground and when Ragan sings about “ten cylinders that fire and a woman at the end of the road” on the driving acoustic song “Wish On The Moon,” it’s dripping with so much authenticity that it’s hard not to imagine yourself behind the wheel alongside him. “Writing has always been a form of therapy for me and something that I feel like I need to do rather than something I’m supposed to do,” Ragan responds when asked where the fire behind these songs originated.

“Since 2005 I’ve focused more on my own music than ever before,” he continues, “I’ve been consistently writing, learning and reflecting and not so much worrying about whether I finish a song or not but more so keeping myself moving with it no matter what. Whether it's heard or not, I find that I simply need to get things off my chest in that way to take the next step forward, contribute or pay tribute to the pioneers that paved the path the majority of us take.”