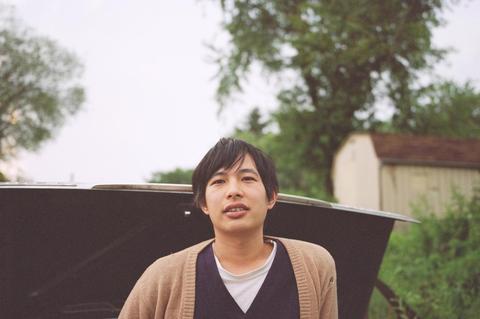 Dustin Wong's second LP Dreams Say, View, Create, Shadow Leads, is a departure from Dustin's previous methods but more closely a distillation of his live show into recorded form. The pieces are so intricate and detailed that we've asked Dustin to explain his process and he happily obliges us:

"When I begin to explore and to build a song through a series of pedals, I begin with the tuner. It helps keep my guitar's pitch consistent. An octave pedal and the distortion pedals allows me to change the textures and colors of the guitar. The delay pedal determines the tempo and the pattern. Once these sounds are determined, it then gets replicated and repeated through a loop pedal. Repeating that process, I lay different sounds and melodies on top. After the loop pedal comes the envelope filter that changes the color of the sounds but in a different way, more like a blend or like a dye. At the end of this chain of pedals awaits another delay pedal that corresponds to the delay pedal before the looper, further accentuating and changing the patterns of the loop.

I see all these pedals as a kind of textile factory. The sheets and colors are determined then the patterns are laid on top, one layer after another until it becomes a fabric mille feuille. Once that cake looks done it gets replicated again through another delay pedal. I can keep building these sounds on top each other and decide whether I want to take half of the cakes slices or not, if i do, I can gaze at the symmetrical void of what I have taken.

I changed the recording process for Dreams Say, View, Create, Shadow Leads from the process used for Infinite Love. In Infinite Love I recorded every layer as a separate track dividing them up throughout the stereo-field, but in Dreams Say… it was all mostly recorded live with a few overdubs moving around in the stereo-field. The presentation of songs are also different, Infinite Love was presented as a whole, and in Dreams Say… I decided to have titles for each song or idea. In a way the physical documentation and the presentation of the idea got switched. Just like choosing how to see a light through a prism. Whether to see the fragmented light into the prism and out to the single ray of light or the other way around."

Dreams Say, View, Create, Shadow Leads will be available on both CD and LP and Dustin will be touring extensively in support of the new release throughout the coming year.