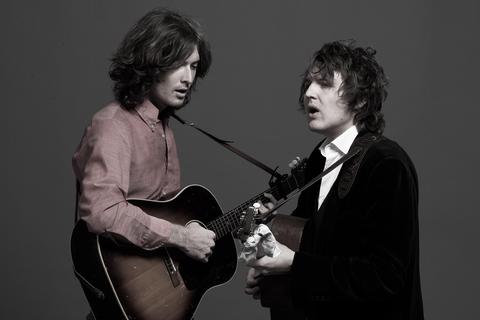 The Milk Carton Kids, a harmonizing, minimalist duo, use two guitars and two voices to create a new combination of back-porch Americana and classic folk. Relying on compelling narrative, the seamless interplay between their 1950's acoustics, well-constructed harmony lines which play more like counterpoint melodies, and their natural stage chemistry, TMCK have drawn in and excited sold out crowds across North America since their formation in early 2011. The serendipitous meeting between the two (Kenneth Pattengale & Joey Ryan) led quickly to a shelving of the solo careers each had been pursuing. While neither had been compelled to such a collaboration with any of his peers before, an effortless musical complement, fast personal fondness, and like-minded view toward how to present the collaboration to their fans influenced the duo's formation and, almost immediately, began drawing praise from varied sources