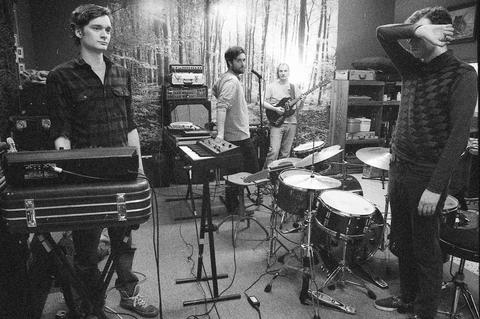 Absolutely Free is a sanctuary founded by 4/5 descendants of DD/MM/YYYY. They have mutated into a single, self-sufficient organism and, in doing so, their elastic musicianship and inclination to experiment presents itself as a concise and unified narrative.
As Absolutely Free, they create a hypnotic music that integrates African polyrhythm, psychedelia, electronic, Thai pop and Krautrock.
Absolutely Free’s debut 12” single, UFO/Glass Tassel, was released in December 2012 on Fucked Up guitarist Mike Haliechuk’s One Big Silence imprint. UFO was deemed ‘Best New Track’ by Pitchfork.