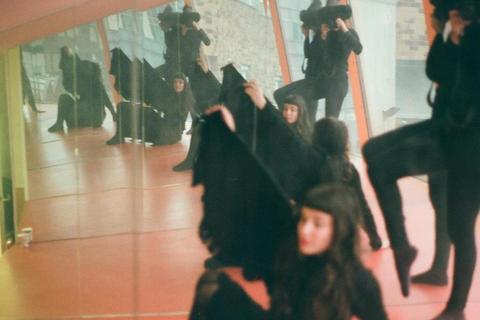 Tasseomancy is a continuation of what was a bare bones neo-folk duo. Formed in Nova Scotia, Sari and Romy Lightman have found a heavier, more ambient sound, ripe with dreamy, dissonant vocals, influenced by eastern song, world folk, butoh dance, and percussion.
As touring members of the electronic outfit, Austra, the sisters released their second full-length, In a Glass, Darkly, co-produced and accompanied by Taylor Kirk and Simon Trottier of Timber Timbre. The sisters are currently working on recording their third album, revealing an uplifting and more playful approach, inspired by dance and Moondog.