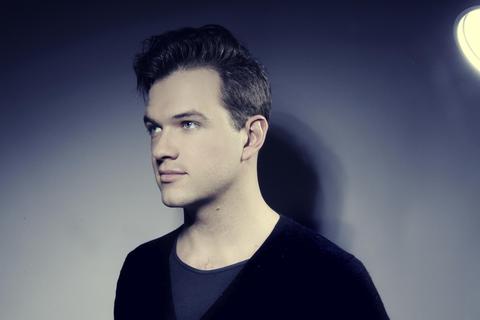 Even in the urban wilds of Brooklyn, there may be no one else like Jean-Philip Grobler, otherwise known as St. Lucia.

Originally from Johannesberg, South Africa, Jean grew up performing with the Drakensberg Boys Choir School. When the choir wasn’t traveling—St. Lucia toured Japan, Australia, Europe, the US and more—they stayed in an enclave tucked in the South African mountains, learning everything from Bach and minimalist opera to African War Songs and Celine Dion.

A young musician could hardly find better training, but as a young teenager, he started to feel that he’d had his fill of classical music, and it felt like an epiphany when he discovered the music of Radiohead. “In South Africa, we used to be quite limited in what we were exposed to in terms of experimental music, and so hearing OK Computer for the first time was like experiencing a completely new Universe. I think it was also my own little form of rebellion against the rigidity of choir life’, he laughs. Eventually, he left the creative “small pond” of South Africa for England, where he spent three years studying music in Liverpool.

St. Lucia’s journey thus far ended—as many do—in New York City, where he started working on the tracks that would turn into his debut EP, to be released in the spring. The St. Lucia EP will mark the first full-length release on Neon Gold Records, the formerly singles-only label that first released Passion Pit, Ellie Goulding and The Naked & Famous.

The atmospheric quality of St. Lucia’s electronic pop is powerful, with the musician’s global travels and history of exotic hideaways effortlessly passed onto the audience through his dreamy, shimmering synths, and multi-layered arrangements. The listener is transfixed and transported into some collective memory of childhood summer.

St. Lucia was born out of a moment in early 2010 when Jean-Philip looked to the past for inspiration. Growing frustrated with a rock project that was starting to feel forced, he delved back into the music that had first inspired him: early Madonna, Fleetwood Mac, Peter Gabriel and other songs from his youth. ‘I became obsessed with a certain wave of nostalgic pop music, mainly from the 80’s, that to me represents some of the best pop music ever made. The music from that era has this unabashed, completely over-the-top quality to it, and that seemed fresh to me.’ He also rediscovered African music. ‘Growing up in South Africa, African music was always there, and so it was easy to ignore. But after being away from home for a few years, I began to discover just how amazing it actually is.’

Setting up shop in a small Williamsburg studio, Jean began to record and experiment, and eventually these new influences began to surface in his music. After a year of hibernation, Jean began to open the lid on his new project.“I’d show some stuff to my friends and I could see that they didn’t quite get it,” he says. He soon began to getin contact with people, with the idea of setting up a live band. Teaming up with his friend Nick and girlfriend Patricia—now St. Lucia’s drummer and keyboard players respectively—, the three of them “decided to play the demo’s for people in a context where we wouldn’t say anything about it. We’d just play it.”

It was then that the music got the attention of the Knocks, and St. Lucia was soon signed to HeavyRoc Music. His first single, “The Old House is Gone,” was released in spring 2011, fueling online intrigue. After two explosive shows at CMJ, the hype escalated to match. Neon Gold described St. Lucia as a “well-traveled mysterioso... physically incapable of producing anything less than extraordinary.” Bloggers posted St. Lucia’s second single, “All Eyes On You,” accompanied by proclamations: “This is an anthem,” or, “Beware, your hand will get tired from having to push replay over and over.”

“All Eyes On You,” like the rest of the St. Lucia EP, distills the best qualities of eighties pop—drawing out melodic bravado and euphoric energy and discarding any trace of the saccharine or heavy—and adds arresting, fresh elements of contrast. The EP is luminous and hazy, a tropical electronic dream. It has a notable, singular effect on the audience. “In a way that’s been my ambition, to give people a feeling similar to what the music from my youth gives me.” says St. Lucia.

He certainly delivers. “All Eyes On You” conjures up unlikely juxtapositions: an ecstatic nostalgia, a melancholy radiance, a mix of personal immediacy and the wanton urge to get lost in a crowd.

As an artist, St. Lucia has played into this element of anonymity. He has remained mysterious until this point, allowing a few facts about his unusual background to guide the response to his music. He’s starting to lift the veil: “As an artist, you always have lingering doubts. Are people going to get this? Are they going to think it’s cheesy?”

Ultimately, he sets these concerns aside. “What’s of real value to me is just sitting in the studio, working,” he says. “Or that moment when I’m walking along the street and hear something in my head, and let that idea work itself into an arrangement and then see that come to fruition.’

“Of course, it makes you feel good when your stuff starts taking off,” he adds. “It’s nice that people are writing about it, and that bigger things are coming in terms of remixes and record companies. But really, all I ever want to be doing is making music.”