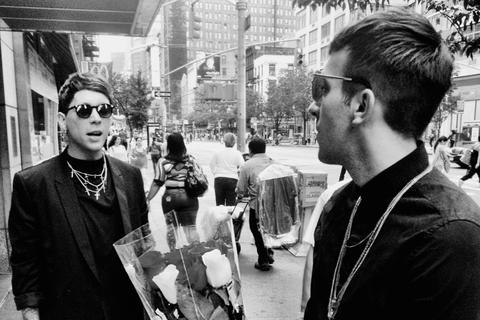 Listen to Your New Beloved

Made up of Ally Young and Lee Newell, Lovelife formed after the duo met with a stroke of strange symmetry, in the midst of failed relationships and freshly cut projects. Finding a mutual inspiration and resilience the duo were offered the unlikely opportunity of relocating to New York; giving them the chance to write and create music in a new and inspirational environment.

Over the past six months the duo have delved into a world of R&B filtered pop; taking influences from the 80s romantics through to Frank Ocean and Justin Timberlake. Splitting duties, with Newell writing and singing alongside Young’s production skills, the duo have combined to create a formidable pop partnership, which earlier in the year saw them release the six track ‘El Regreso EP’ as a free download whilst in the USA. This saw a combined total of 100K + plays and lead to the band working on official remixes for Maroon 5, The Killers and Everything Everything.

Following a host of shows in and around New York, including a run at this years CMJ music marathon, shows with The Neighourhood, Fitz and the Tantrums and St. Lucia, Lovelife now return to London for their debut UK release. Written, produced and recorded by the band in their Brooklyn apartment at the later end of the summer, the EP consists of four new songs that showcases the duo’s brooding pop sound, including collaborating with friend Xaphoon Jones on the track ‘The Key’.