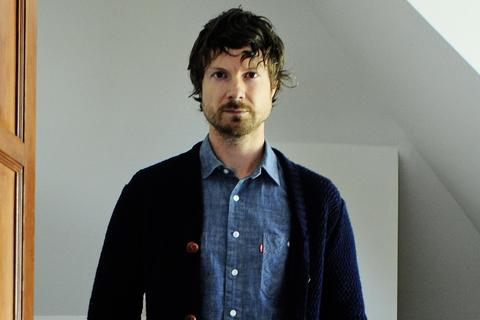 Alex Brown Church covers a lot of geography in his music. As Sea Wolf, his songs weave vivid imagery and lush orchestration into narratives illuminating the emotional diaspora of life, love, loss and rebirth.

Whether his meticulously crafted sketches suggest the bustle of a working-class neighborhood in Los Angeles, a street scene in Silver Lake or the spectacular vistas of Big Sur, Church's allegories possess a strong sense of place — especially the karmic station the narrator inevitably occupies as a bit player in the world's larger cycles.

It was one of those cycles that brought Church back to L.A. to write and record the third Sea Wolf album, "Old World Romance," released in September on Dangerbird Records. While not confined to the concept of "home," it is in many respects a homecoming album, its creation coming after the songwriter returned to his artistic base after three momentous years away.

"Some significant things happened while I was living in Montreal, but life happens all the time to all of us," Church says. "A lot of the album is about facing realities, reconnecting with who you are. And a lot of that came from this complete sense of rediscovery of where I'm from — not L.A., but the West Coast in general. I felt a resurgence. I felt like this is where I belong."

Ensconced in his home studio for the first time since he worked on his 2007 debut "Leaves in the River," Church was able to refine his craft — though not to the point of being overly fussy.

"I was able to tinker and write more of the instrumentation myself, but one of the things I wanted this album to be was more straightforward, more melodic, with simpler song structures," Church says, noting the change in dynamic from his sophomore album, 2009's "White Water, White Bloom," which was written in Montreal but recorded with a full band in Omaha.

"Much of it came down to my getting out of my own way," he explains. "I wanted the album to feel uncalculated, and a lot of that comes from the fact that a lot of the music I like these days is unpretentious. It's sincere without being overly sentimental or heavy-handed or overly conceptualized."

Those qualities are evident in the beautiful simplicity of the single "Old Friend," the wistful optimism of "Changing Seasons" and the brisk missives "Dear Fellow Traveler" and "In Nothing." Church's DIY approach to "Old World Romance" even allowed him to push his own boundaries, as in the rhythmic electronic underpinning of the shimmering song "Kasper."

The ethos that created "Old World Romance" was fostered in Church's childhood, as the only son of a mother with an indomitable spirit and a boy who spent his early years in the woodsy environs of Columbia, Calif. There, he communed with Mom's record collection and marveled at the bluegrass bands that would play on the streets of the tiny Gold Rush town.

When his mother's work (in construction) took the family to France, they lived in a tent for a year, taking time out to travel Europe. Upon returning to the U.S., they settled in Berkeley, where Church's tastes matriculated toward hip-hop and indie-rock. His artistic palette broadened, however, during his time in film school at NYU — studies that would profoundly inform Church as a storyteller.

"My best friend from the 6th grade ended up being a hip-hop producer, and in high school I learned how to play bass, but it wasn't until my roommate at NYU taught me some songs on guitar did it seem to me like music was possible," Church says.

His dual interests in film and music brought him to L.A., where he soon befriended Brian Canning and Steven Scott, who would become his bandmates in the indie-rock outfit Irving. "At first we did not know what we were doing, and we'd spend eight hours a day in a garage just playing," Church says. "But that's how we figured everything out."

By the time Irving released its second album in 2006, though, Church was restless. He turned his attention to the music project he'd been working on in the background — Sea Wolf, named for the Jack London epic. And not long after he bowed out of Irving, Sea Wolf was signed to Dangerbird Records, which introduced its new artist by releasing the EP "Get To The River Before It Runs Too Low" in 2007.

Besides his three albums, Sea Wolf contributed the tune "Song of the Magpie" to the audio book for author Augusten Burroughs’ "A Wolf at the Table." Burroughs had asked Church to read the book and respond with an original song.

It's all part of a remarkable run that has seen Church carve out a niche as a distinctive voice whose orchestrated elegies provide an antidote to the over-thought and overwrought. On "Old World Romance," the songwriter's meditations are as unvarnished as ever, exuding the kind of melancholy that begets clarity that begets hope.

"I feel like I've had a lot of reasons to be sad in my life, and a lot of my music is in some way about making peace with my demons, about realizing there is always a light at the end of the tunnel," Church says. "We're at a weird place in popular music where people are just recycling things, so I think it really comes down to individual voices.

"Being back in Los Angeles, surrounded by other artists and in the comfort zone of my own studio, has let me work toward being as clear as possible with my own voice. I felt inspired and rejuvenated, and I hope the album evokes that too."