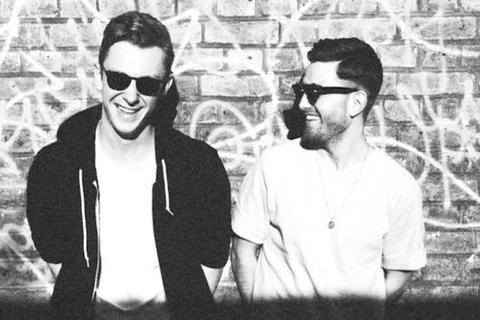 London based, Belfast-born blogger-production-dj duo Matt McBriar and Andy Ferguson need little by way of introduction. Their 'Feel MyBicep blog" is the go-to place for tastemakers world-wide for lost and forgotten disco / chicago house / detroit techno / Italo edits and everything in-between. On a production tip, they have released on such labels as Throne Of Blood, Traveller Records, Mystery Meat and 2012 saw their critically acclaimed vinyl only track $tripper get released on Love Fever hitting the top chart spots on Juno and selling out worldwide. Their remix track record has also been excellent with them stamping their distinguished sound upon works from Blondes, Toby Tobias, Chamboche, Blood Orange, Cosmic Kids and many more for labels such as Domino, Wolf Music and Tusk. Will Saul then snapped them up for his label Aus, with a collaborative EP including tracks “You” and “Don't” which once again hit number one on Juno and caused the Beatport charts some bother. The Feel My Bicep label launched in September 2012 with the highly sought after“Vision Of Love.” It received great press worldwide and once again sold out whilst hitting the top spot at the stores. Room hosts at Fabric, a residency at We Love in Ibiza and bookings at Manchester's Warehouse Project then ensued, with 2012 ending very nicely for the duo who came in at 32 on the Resident Advisor End Of Year DJ Poll.
North America, Australia and South East Asia tours are planned for early 2013 whilst their new productions are near release with a 4 track Ep coming out on Aus and forthcoming remixes for John Talabot’s label Hivern Discs. The second release on Feel My Bicep records is also in the pipeline, and summer festival bookings are already locked.