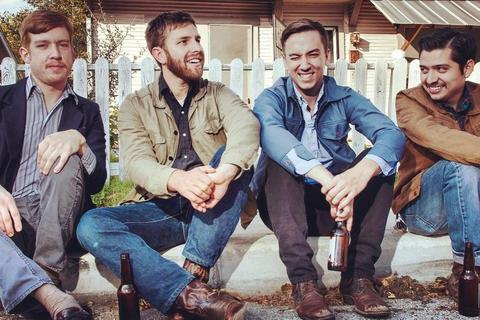 Listen to Who'd You Save Your Love For?

Jerid Reed Morris wrote these songs. They're variously about heading East or heading West. They sometimes explore change and loss, and how maybe those two things have always been the same thing. He tries to put his tongue in his cheek, often misses. He sings a little, plays a little guitar. Rudy Villarreal plays drums and sings a little, too, and tries not to look too much like Peter Lorre. Nick Richman plays pedal steel, sings a bit, and Zalm Almaguer plays banjo and doesn't sing at all, not even a little.

Something like The Promise Ring meets The Weakerthans, played on a pedal steel and a banjo by a completely shithoused George Jones, who is also driving a riding lawnmower.

Since their formation, El Campo has had the opportunity to provide direct support for Mayer Hawthorne, This Will Destroy You, Best Coast, has been awarded "Artist of the Month" by Austin Deli Magazine, and performed at the CMJ 2012 Music Marathon in New York City. Currently, the band is finishing up their debut full-length record and was most recently invited to perform at the SXSW 2013 Music Festival in Austin, Texas.