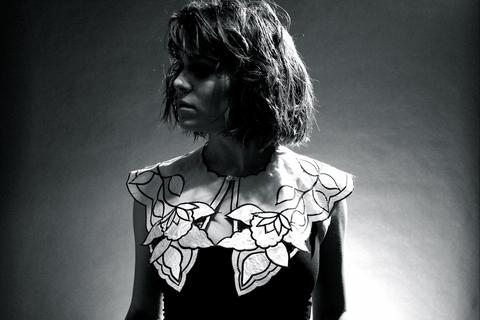 Listen to Wear You Thin

Tori Vasquez is an amazingly gifted singer-songwriter from West Texas. She was born in Shallowater, Texas and raised in a family of musicians and songwriters. At the age of 21 she has already found her voice and is writing songs that are inspiring a younger generation to discover the power and beauty of storytelling in music. Her voice fills any room she performs in, capturing the full attention of any music fan.

Her debut EP, Let It Go, features songs like “Where Ya Headed Honey”, “Let It Go”, and “The Blue” that take you on a soulful, melancholy journey of a young heart experiencing bumps and bruises, while discovering the precious moments in life and relationships. Her distinct signature voice fills the air and makes you want to sing along on the first listen.

In her debut video “Let It Go”, Tori Vasquez’s stunning presence shines through capturing a vulnerable, yet confident young woman who is comfortable exposing her deepest thoughts, captivating even the most jaded music connoisseur.

While performing at Antone’s in Austin, Texas, she was discovered by Brando Records, Austin based indie label home of Blue October and IAMDYNAMITE, and was immediately signed and put into the studio to record her debut EP. Tori Vasquez was already headlining West Texas clubs and word is quickly spreading across Texas about this special new voice.

In March 2012, Tori went on her first International Tour, with amazing debut performances in London, Berlin, Glasgow, Munich, Manchester, and more, captivating audiences with her amazing voice, presence, and storytelling. It was an amazing artistic experience for Tori and her new fans across the pond.

Tori returned from Europe to Lubbock, Texas, packed her bags and headed straight to Austin. She began crafting new songs for her next studio album. She entered the studio in late 2012 and started recording with Texas based Producer Matt Noveskey (IAMDYNAMITE). In one of her first recording sessions in Austin the stunning and velvety "Wear You Thin" was born. Tori shot the video for "Wear You Thin" in early 2013 and it's set to premier in February. The collection of songs Tori's now writing and recording will be included on her next studio album set to release in the spring of 2013. Tori will tour the US in April and May opening for Justin Furstenfeld of Blue October performing from Los Angeles to Austin. Texas has a new voice.