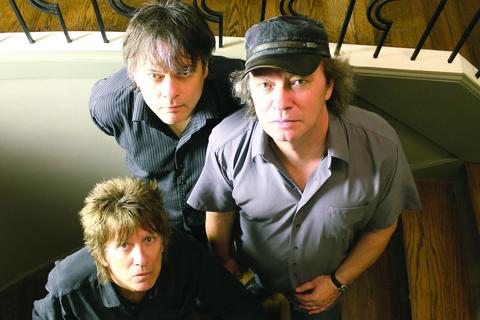 Listen to Head vs. Heart

Shoes, the trailblazing pop rock band from Zion, Illinois, who in the 1970s pioneered the home-recording DIY boom of the ’90s and beyond, released their latest album of all new songs, Ignition, in 2012. Ignition rocks with Shoes’ signature layered guitars, strutting beats and catchy melodies, continuing in the tradition of past Shoes albums, including Stolen Wishes, Present Tense, Tongue Twister and the much-revered homemade classic, Black Vinyl Shoes.

The core members of Shoes has remained constant from their start in 1974: John Murphy (bass), Gary Klebe (guitar) and Jeff Murphy (guitar). Various drummers have played with the band over the years, including Barry Shumaker, Skip Meyer, Jeff Hunter, Ric Menck and John Richardson. John Richardson joined the trio in 1994, and still drums with them today.

When the self-released Black Vinyl Shoes album was released in 1977, it received excellent press, drew the attention of major labels, and Shoes signed with Elektra/Asylum in early 1979. Their three Elektra records—Present Tense (1979), Tongue Twister (1981), and Boomerang (1982)—won Shoes an international following and solid critical respect.

When MTV went on the air on August 1, 1981, the channel aired four of Shoes' videos: "Too Late", "Tomorrow Night", "Cruel You" and "In My Arms Again", making Shoes one of the first bands to be shown on MTV.

Following the end of Elektra Records’ contract, Shoes formed their own record label, Black Vinyl Records, and owned and operated their own commercial recording studio (Short Order Recorder) from 1983 to 2004. Many artists recorded at the studio and some went on to sign major label recording contracts, including Local H and Material Issue.

From 1974 until today, 16 albums of Shoes music have been released. All three band members share equally in the song-writing and singing of Shoes songs and have throughout their 38 years together.

Shoes recorded Ignition over an 18-month period ending in the spring of 2012. Ignition features 15 all new songs, including the collaborations “Hot Mess” and “Say It Like You Mean It”. In their signature DIY style, the recording, engineering, production and artwork for Ignition was created entirely by Jeff, Gary and John.