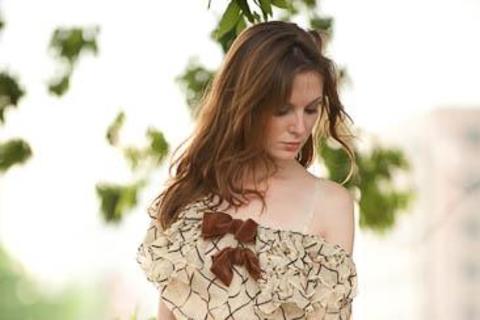 Sahara Smith is a natural. Or as the Austin Chronicle observes, “She's the real deal all right.”

Don’t take our word for it. Listen to her debut album on Playing in Traffic Records, Myth of the Heart, and you’re bound to agree with the Dallas Morning News that “Smith is a revelation.” The disc is hailed as “a gorgeous album for all lovers of carefully chosen words, rich imagery and ethereal vocals” by Texas Music magazine and “a richly impressive, intensely soulful debut album,” by the Los Angeles Times. All that and more is to be savored on Myth of the Heart.

It bows with the alluring “Thousand Secrets,” which opens a window on the vulnerable places we all have, as Smith writes, “For every broken branch there is a mile of fallen leaves/But no one knows the river flows a thousand miles deep.” Propulsive churning tracks like “Are You Lonely,” “The Real Thing” and “All I Need” make feelings of longing and desire palpable, while the up-tempo title song sings about resisting the urge to love. Meditative yet kinetic auras grace Smith’s reflections on being lost within love (“Tin Man Town”), empathy (“Angel”), mortality (“The World’s On Fire”) and life’s travails (the closing cut “Twilight Red,” which Smith wrote at age 13). And such songs as “Train Man,” “Midnight Plane” and “Mermaid” embody the notion of poetry in motion with their evocative images of travel and places near and far.

The album was cut in primarily live sessions in Los Angeles, produced by Emile Kelman, known for his longtime work with T-Bone Burnett, who shepherded the recordings. The players include such regular Burnett associates as drummer Jay Bellerose, bassist Dennis Crouch and guitarist Marc Ribot, whose musicality bring both a deeply-rooted feel and contemporary imagination to the album. As the Los Angeles Times describes the disc, it’s lush with “Cinemascope-like wide-screen portraits of romantic passion, loneliness and unrequited love.”