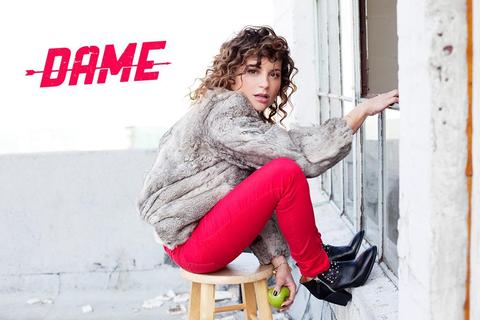 "I grew up in a house where speakers blasted female-fronted bands like Patti Smith, Kate Bush, Joan Jett, Stevie Nicks, and Debbie Harry. I always admired the way those artists made the statement that a chick could be in charge, get rowdy & rock, AND remain feminine and sweet at the same time. It's a powerful combo. I've ended up creating through my music, my own version of that combo.”

Kicking off the set is the compelling rocker Sugar Muffin, belying its title with tales of transgression and defiance. The moving and sultry video to Sugar Muffin is directed by Andrew Shapter (The Roots, Willie Nelson) who produced the award winning short Before The Music Dies. Of the video making process, singer Michelle Armstrong commented, “I treasured the process of filming the music video for ‘Sugar Muffin.’ It allowed me to experience the lyrics in a very physical, and fervent way. There is a battle between human confidence, (believing that I am a better catch than the new lover), and the unmistakable jealousy that can’t be avoided within the heart."