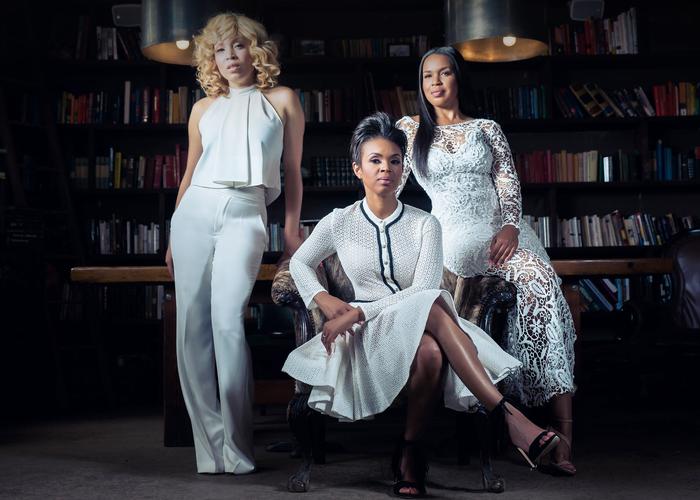 With nearly 20 years in the music industry and nearly 500K in career sales (according to Nielsen Soundscan) the group is known for hits such as “Get Ready", “Greatest Part of Me”, “Follow Me”, “P...

With nearly 20 years in the music industry and nearly 500K in career sales (according to Nielsen Soundscan) the group is known for hits such as “Get Ready", “Greatest Part of Me”, “Follow Me”, “Put Your War Clothes On” and more and have released six projects between 1997 and 2006 (Four of which peaking in the Top 10). After a lengthy hiatus, they returned to the industry in 2014 signing with the Mixed Bag Entertainment imprint, headed up by Stellar Award winning hip-hop artist Da’ T.R.U.T.H. They would then release the single “You Are”, which spent eight consecutive weeks in the Top 20 on Billboard BDS and MediaBase Gospel Airplay charts and reissued their 2006 effort, titling the project Testimony: Reloaded which landed in the Top 20 on BIllboard's Top Gospel Albums Sales chart.

Introducing a fresh take on the fusion of Urban and gospel music with their 1997 self-Jtled debut, the group - comprised of sisters Ebony Holland, Karima Kibble, and Heather MarJn – embarked on a journey of sonic excellence that would lead them from humble Southern beginnings to the top of gospel charts with signature hits like “Get Ready,” “Put Your War Clothes On,” “Til’ You Believe,” “Lord, I Lih My Hands,” “Let the Redeemed,” and “Greatest Part of Me,” and "Follow Me" (#4 peak on Billboard's Gospel radio chart). Their discography shines on the hems of five studio albums - VIRTUE (1997), GET READY (1999), VIRTUOSITY (2001), FREE (2003), and TESTIMONY (2006) – that brought with them no shortage of criJcal and commercial acclaim. Now, with a trail of gospel gems in their rear-view, the sensaJonal sister act is looking to forge a new path with their long-awaited comeback project.

Undoubtedly inking yet another page to their illustrious story, the release of the forthcoming album will act as the latest milestone of Virtue’s musical journey. A journey that saw its humble beginnings in New Orleans, the group’s original lineup featured founder Ebony Holland, Karima Kibble, and Shavonne Floyd Sampson. Under the name Endurance, the trio thrilled audiences with airJght harmonies and piercing, hearTelt deliveries of praise-and-worship numbers. Their rising buzz would catch the eye of Verity Records, who signed them as the label’s first girl group under a new moniker – Virtue. The addiJon of new member, Negelle Green, would only assist in broadening the spectrum of their already diverse sound as they would impart a noteworthy self-Jtled debut in 1997.

Quickly becoming gospel music’s new “it” group, Virtue’s 1999-released second album, GET READY, served as an Urban- flavored toast to the new direcJon the genre was headed. Decorated with numbers “Get Ready,” “Love Me Like You Do,” “Angels Watching Over Me,” and “Put Your War Clothes On,” the album skyrocketed to the Billboard Gospel album charts’ top 5 upon its debut. Leading the group to get ready for their biggest hits yet, the next years’ saw the one Jme quartet move forward sans Sampson and Sumter to transform into an all sister act with new group member/younger sister Heather MarJn. The move proved itself fruiTul as their first album as a newly formed trio, VIRTUOSITY, would rise to #4 on the Billboard Gospel Album charts and garner four nominations at the 18th annual Stellar Awards including “Contemporary CD of the Year” and “Group/Duo of the Year.”

The upward incline of success would conJnue to show itself mobile with their fourth album, FREE (2003). Not only was it greeted with criJcal acclaim, but it would see the sisters net a Dove award win for “Urban Album of the Year.” With a more aggressively R&B-cloaked sound aboard their Darkchild Gospel-helmed 2006 release, TESTIMONY, the ladies of Virtue would once again prove themselves frontrunners in the contemporary gospel genre. A senJment echoed by the Stellar Award academy who yet again honored the group with a nominationon for “Contemporary Group/Duo of the Year” at its 22nd annual showing.

The show at PromiseLand Church on Saturday, March 19