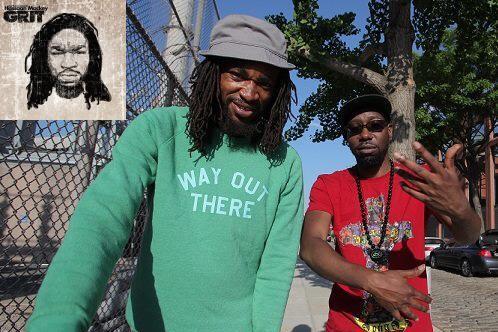 Listen to HASSAAN BE RAPPIN'

Recorded during a series of impromptu bus and train trips Hassaan Mackey took from Rochester, New York to visit Kev Brown in Landover, Maryland, "That Grit" was created with a spontaneous approach, reflecting both Mackey's freestyle dexterity and Brown's proven "I Do What I Do" formula.

Both the producer-on-the-mic and the emcee have previously worked together various times before, but this mini-album marks the first time the two embark on a full project. Most Hip hop enthusiasts are already well acquainted with both Kev Brown and Hassaan Mackey but "That Grit" adds a texture to the landscape of music, grasping the ear drums of all listeners.

Ferocious free styler, Hassaan Mackey released a string of albums but is well known for his full-length classic LP with Apollo Brown. Dubbed "King Of Basslines" by fans worldwide, in addition to his solo recordings Kev Brown’s credits include beats for legends like Busta Rhymes, Biz Markie, De La Soul, Jazzy Jeff, and Marley Marl just to name a few.