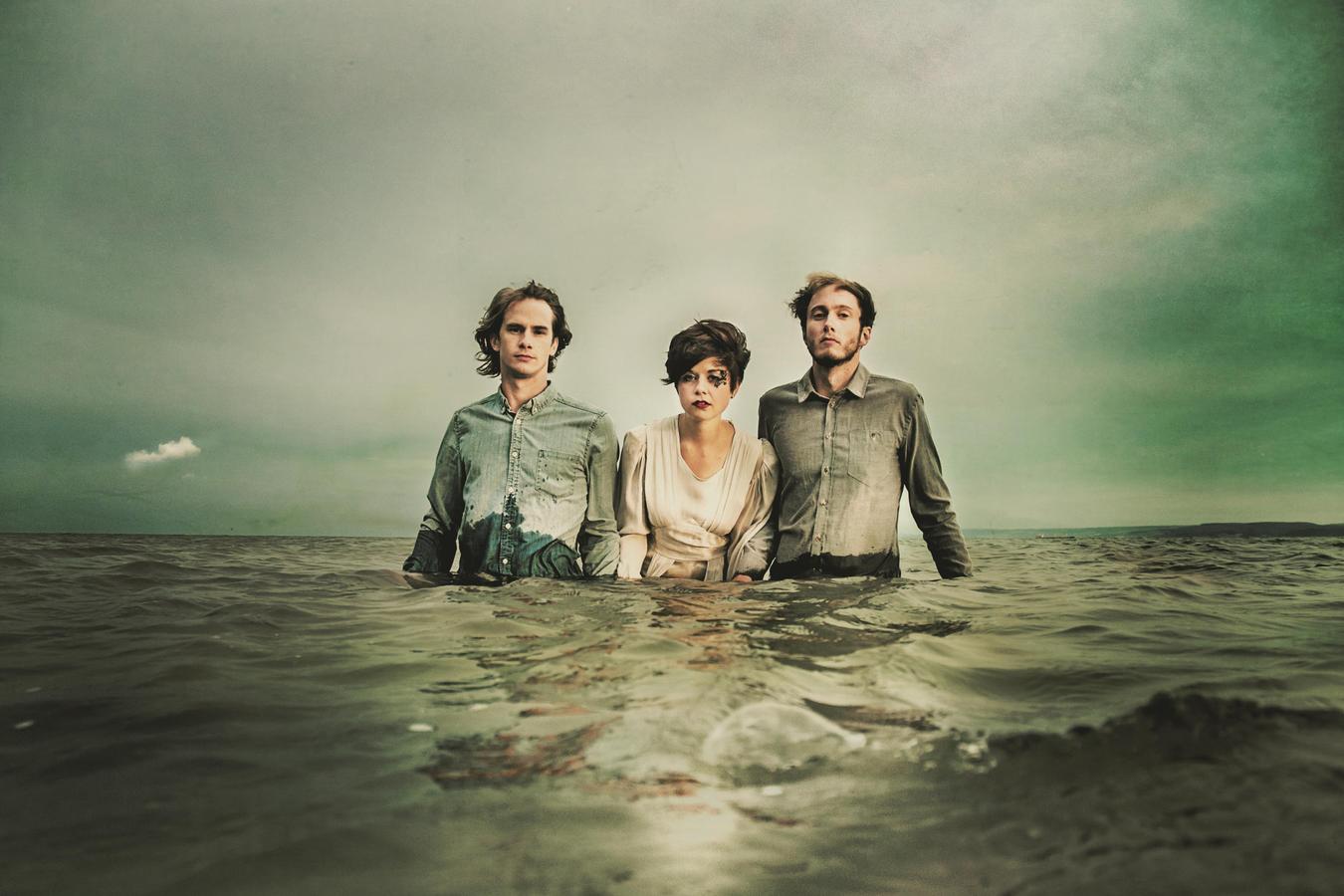 Listen to Breathe In

Golden Fable are Rebecca Palin, Tim McIver and Jack McCarthy, and together they create music described by The Line Of Best Fit as “nothing short of inspirational”.

Hailing from the foothills of mountainous north Wales, Golden Fable compose their music within its abundant, richly varied landscape. Pairing these organic influences with modern instrumentation, debut album ‘Star Map’, released in 2012, was constructed from electronic beats, synths and processed effects alongside guitars, pianos and strings, resulting in “an incredibly gorgeous dream pop collection” (In Your Speakers).

Twelve months of writing and evolving followed, and the band resurfaced from their creative retreat with second album, ‘Ancient Blue’. Recorded with David Wrench (Bat For Lashes, Caribou) and Jimmy Robertson (Anna Calvi) in Snowdonia, ‘Ancient Blue’ is impassioned, intense and bolder than its predecessor. It is both strident and intimate, reflecting the intrinsic connection between human forces and natural forces.

The show at Soho Lounge on Friday, March 20

⋆ 8:00PM The Clouds are Ghosts