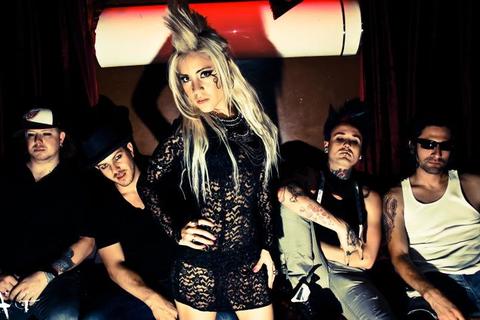 Poc is an edgy rock singer hailing from Mexico with an amazing voice and a unique story to tell.

Her tale begins as a young ballet dancer in Mexico City on the morning of her audition into professional dance school. On her way to the performance she had an accident and broke her ankle in a literal twist of fate. This moment served as an epiphany and shifted her passion to what inspired her to dance in the first place - music. Poc started focusing on singing, writing songs, as well as playing piano and guitar in her late teenage years. As time went on she started recording demos and performing at venues around Mexico City, which would open up numerous doors in the entertainment world, including a recurring acting role on the TV show "Roomies."

With musical inspirations from the likes of Janis Joplin, ACDC and Lenny Kravitz, Poc, who is now in her early 20's, can finally say that her career is taking off. She has teamed up with Guns N' Roses guitarist Ron 'Bumblefoot' Thal and opened for the legendary rock band on their Mexico tour dates. The two would lock themselves in the studio for months to record Poc's debut album, Rise Above. “An album made from chasing dreams and overcoming obstacles,” this is what the singer wants people to hear and feel when listening.

Poc's first single, arena-rock inspired Rock N Roll Baby was released in February 2012, followed by her full album Rise Above in May 2012. Songs on Rise Above were co-written and produced by Ron 'Bumblefoot' Thal and feature Guns N' Roses bandmate Frank Ferrer on drums. The album features nine songs in Spanish and three in English.