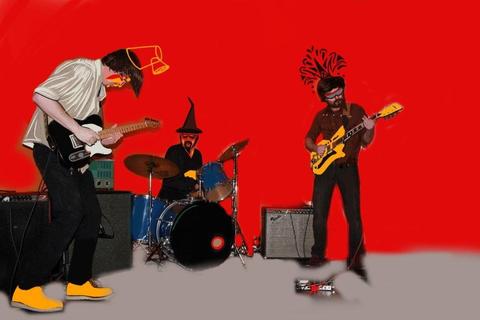 Born and raised in the Memphis streets, the Sheiks make inventive rock + roll music out of their hometown. Since self-releasing their debut album, Witches + Mystics, the Sheiks can be seen backing up locals like Jack Oblivian, John Paul Keith, Chopper Girl, and many others. They have also helped contribute to the soundtrack of the upcoming documentary, The Invaders, produced by Craig Brewer.

The show at Hotel Vegas @ Volstead on Wednesday, March 12