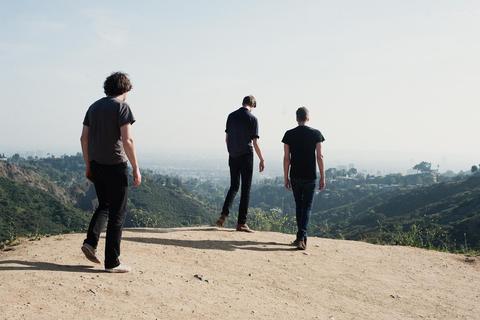 On traumahelikopter's second album I Don't Understand Them At All we enter the mind of 25 year old singer Mark Lada, who writes about alienation, depression, loneliness and despair. The songs are more intense and personal than on the band's self-titled debut, released by Excelsior Recordings and Burger Records this year. Their first full-length was recorded in a week and got the band solely great reviews from Maximum Rock 'n Roll 'till the biggest Dutch newspapers. The single Down In The City ranked among the Huffington Posts "Best Songs Of 2013". The band has been touring non-stop this year, playing SXSW, CMJ, a majority of all the Dutch bigger festivals, and made their national television debut.

On their second album, Mark states: "I wanted to make a record which has the same punk intensity as our first album, but in a more melodious way. With our debut being a stripped- down 27- minute statement, this record focusses on the songs". Lada has created some brilliant melodies and well crafted songs, while the band's minimal set up (floor tom, snare, crash, two guitars) ties them down to te essence of it all; rock 'n roll. The lyrics display their love for irony, with a song like Last Night I Dreamed I Killed Myself being the ultimate sing-a-long. "People scare me" and "the world is ugly", says Lada, but his outsider feelings couldn't have been reflected in a more catchy way. Did we mention their live shows yet? Well, you should go see for yourself.

The show at Hotel Vegas @ Volstead on Wednesday, March 12