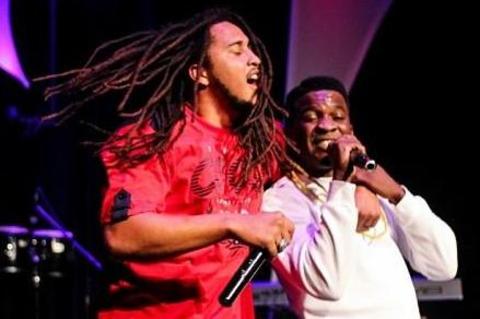 Corey Paul and Ronnie "Reconcile" Lillard established Frontline Movement to aide and disciple at risk teens, women, and men who’ve been influenced by unreached socio-economical backgrounds and/or
have made negative decisions that altered their role in society. We exist to reach these at risk teens, women, and men in the heart of inner cities by spreading the Gospel of Jesus Christ through the culture of Hip Hop. We aim to provide a way of refuge in hopes to inspire a life changing decision that will resonate forever. Artistically, we display issues that many youth and young adults face today by: 1) creating culturally relevant content, 2) Taking one step forward by “Giving them Jesus in unconventional packaging”, in providing Christ-centered solutions that can be applied, 3) spreading hope through
Jesus Christ at venues such as, but are not limited to: churches, detention centers, group homes, and prisons.
Reconcile has released a FREE Album entitled, "Abandoned Hope" and Corey Paul has released a mixtape series entitled, "7:30 AM" which are available at www.FrontlineMovement.com. In addition, Corey Paul released his debut album July 30, 2013 entitled, "Grace Love Mercy" which is available on iTunes now.