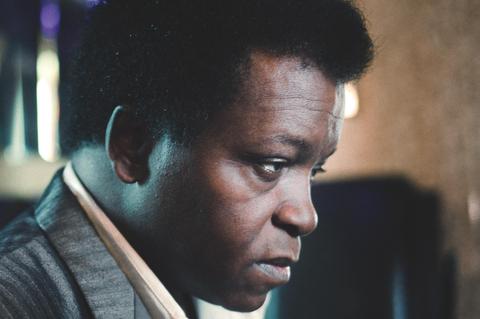 There aren't too many artists making soul music today who had a release in 1969, back when R&B was first beginning to give the drummer some. Lee Fields, however, is one such artist--or maybe he's better labeled a phenomenon. Since the late sixties, the North Carolina native has amassed a prolific catalog of albums and has toured and played with such legends as Kool and the Gang, Sammy Gordon and the Hip-Huggers, O.V Wright, Darrell Banks, and Little Royal. With a career spanning 43 years, releases on twelve different record labels, and having toured the world over with his raucous-yet-tender voice, it's mind-blowing that the music he's making today with Brooklyn's own Truth & Soul Records is the best of his career.

With a catalogue that ranges from James Brown-style funk to lo-fi blues to contemporary Southern soul to collaborations with French house DJ/producer Martin Solveig, Lee Fields has done it all. Today, with The Expressions--Truth & Soul's house band, Lee Fields continues to evolve, enmeshed into the group's sweeping, string-laden, cinematic soul sound. Their first full-length together, My World, released in June 2009 on Truth & Soul, was called "one smoking mother of an old-sound soul record" and a "throwback done right" by Pitchfork.

While drawing comparisons to groups like The Moments, The Delfonics, The Stylistics, and--of course--James Brown, My World has been able to create a space of it's own due to the group's desire to interpret and further the formulas of good soul music rather then parrot and imitate them. Chalk that up to Truth & Soul producers and co-owners Jeff Silverman and Leon Michels, as well as the high level of musicianship of everyone involved. These are the same individuals that wrote, produced, and played on Aloe Blacc's global smash hit LP Good Things for Stones Throw Records, and have provided the back drop for records by El Michels Affair, Adele, Liam Bailey, Ghostface Killah, and Jay-Z to name a few.

The show at Clive Bar on Wednesday, March 12