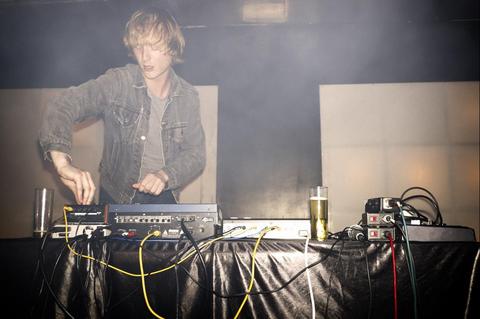 Magic Touch mixes the psychedelic ethos of San Francisco with the house movements of Chicago, Detroit and smatters the whole thing with a solid nod to the UK rave underground

Damon Palermo has been making adventurous house and disco music under the moniker Magic Touch since August 2011. In a short time the producer/DJ has amassed an impressive following and several well-received releases, kicking off with the critically-lauded 100% Silk release “I Can Feel The Heat,” which was a recommended release of the week at Boomkat and made 20JazzFunkGreats Best of 2011 list. More recently he released an EP on Tensnakes' new label True Romance.

Magic Touch live sets mix the psychedelic ethos of San Francisco with the house movements of Chicago, Detroit and smatters the whole thing with a solid nod to the UK rave underground. In demand at festivals including Sonar, Unsound and CTM, as well as touring Japan, China, South Korea, Australia, Magic Touch is also traveling the world DJing at places like Berlin’s legendary Panorama Bar, Lux Frágil, The Shelter Shanghai and Dommune in Tokyo.

Recently Magic Touch collaborated with Japanese producer Sapphire Slows for an EP out December 11th 2012 on 100% Silk. Late 2013 sees the release of a new Magic Touch track on the Derrick May & Jimmy Edgar We Love…Detroit compilation and an EP on Tensnakes True Romance. The producer is also working on a number of yet to be announced projects for 2014.

The show at Speakeasy Kabaret on Saturday, March 15