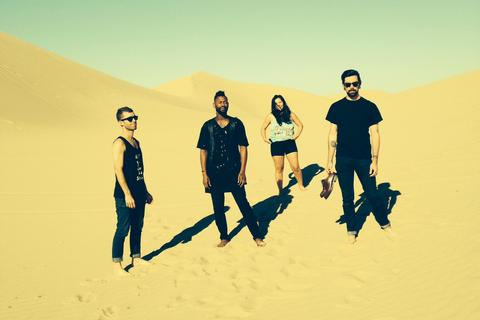 Born in Portland, OR with a mutual love of Nina Simone and roots music, Magic Mouth grew. Their blend of punk, funk and soul has catapulted them onto the front lines of Portland’s explosive music scene. Their success is rooted in the power of their live performance; a swirling storm of sweat and groove that creates a subversively church-like experience that is more ritual than concert.

In 2012, they self-released a 5 song-EP, “Believer” and joined the Gossip in support of their US national tour, picking up fans on the way including Corin Tucker (Sleater-Kinney) who heralded them as her favorite band of the year in Pitchfork and Magnet Magazine.

"…Delivered an unforgettable and mind blowing performance and persuaded the audience to lose all inhibition." -SSGMusic

"(Magic Mouth) will have you clapping, smiling, and excited about music again!" -AfterEllen.com