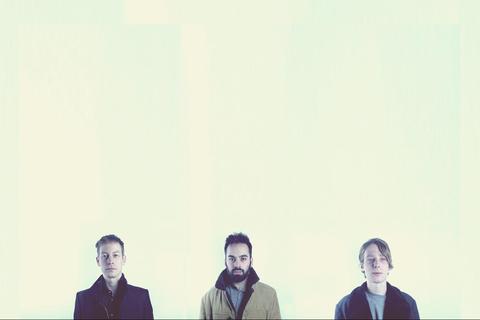 Odonis cut their teeth at the now defunct Buzz Garage, where they built a solid foundation as a crushing live band.

Onstage, Tzenos (vocals, guitar) is flanked by Denholm Whale (bass) and Jarod Gibson (drums). The live show is the point where their diverging influences and hypnotic visual aesthetic collide.

2011’s Hollandaze showcased the band’s ability to create something that was uniquely theirs out of a patchwork of influences as disparate as surf, industrial and old b-movie horror films. No one label fit, so “industrial surf-gaze” was coined.

The group returned in 2013 with their Better EP, upping the intensity of their frantic post-punk by focusing in on their talent for tuneful abrasion.

Hard Boiled Soft Boiled (04/15 on Buzz Records) finds Odonis Odonis pushing their sound into new territory, because much like the hypnotic spiral that came to be associated with the band’s debut record Hollandaze, Odonis Odonis do not follow a linear path.