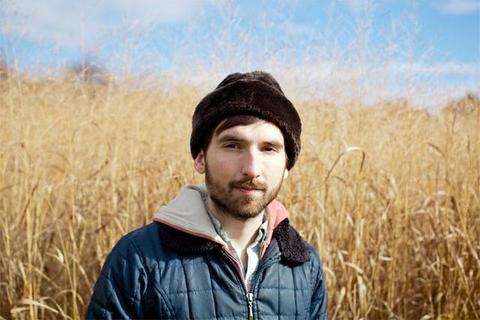 Jordan Lee has spent the last few years moving from Ohio to Austin to Boston, and most recently Brooklyn, running the wonderful Kassette Klub label, touring with friends’ groups, and leading an amorphous project called Mutual Benefit, a one-man-band or a sprawling collective, depending on where he is and who is around that day. After self-releasing two limited cassettes and playing scores of house shows, Lee completed his critically acclaimed debut album, Love’s Crushing Diamond, a record of lush, watery, pop songs, pieced together over the past several years and inspired by the kinetic energy, goodbyes, and blurred landscapes of life on the road. The songs are heartfelt and powerful with Lee’s fragile and beautiful voice as the centerpiece