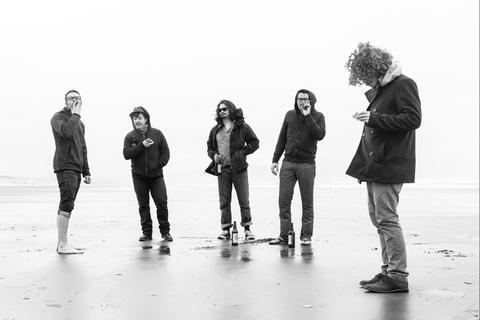 You Me & Apollo started as a musical exploration of Colorado-born Brent Cowles. His first EP, How To Swim, How To Rot, was released in 2007 while attending school in Arizona. His inevitable return to Colorado summoned the 2011 release of his debut full-length, Cards With Cheats, bringing a full band sound with hints of doo-wop, soul, and alt-country.

The band's current lineup began to take shape when Cowles employed drummer Tyler Kellogg and guitarist Jonathan Alonzo for a west coast tour. Soon after, the three were joined by guitarist Morgan Travis and bassist Dave Cole. The new lineup recorded and released a 7” vinyl record (2012) and a self-titled EP (2013). These releases refined Cowles' alt-country songwriting style into stompy blues sing-a-long folk rock as well as psychedelic and soul music on which the members had been raised.