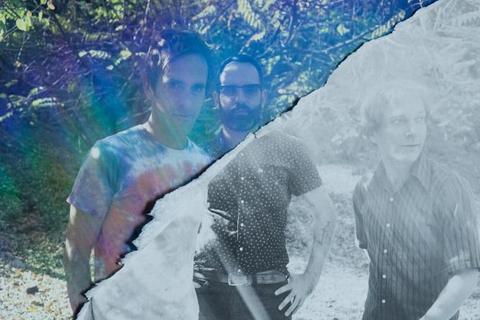 Vertical Scratchers formed in Los Angeles in 2012. John and Christian met at a Thanksgiving party, began hanging out, and then just decided to be a band together. John says, “I love Christian’s drumming because he approaches it like a songwriter, as he is one in his own right. There aren’t really drum fills—more like rhythmic accents that punctuate what is happening at that point in the song itself.”

One of the most persistent elements you will hear throughout the record is the percussive nature in which the guitars were played and recorded. Guitar playing is vertical scratching, and in this band, the guitar strums are almost louder than the amps. John explains, “Part of the aesthetic we were establishing when writing Vertical Scratchers songs was to maintain a sense of urgency and raw energy without relying on volume and distortion. I wanted the guitars to sound light and jangly, and most songs were purposefully sung in a soft falsetto.”

Simplicity was the inspiration: get in the van, rehearse in the van, tour in the van, stay mobile. This impulse to keep things moving is reflected in the songs themselves. Most Vertical Scratchers songs clock in under the two-minute mark but often go in twice as many directions as your average-length song. Pop deception. Think the Kinks with a Buzzcocks brevity.

“The most complicated aspects of the songs are the structures themselves, but only if you tried to learn how to play them. The details are supposed to sound easy,” continues John. “We wanted to strip things down to the bare bones. Christian and I liked the idea of being able to show up anywhere with next to nothing, jump onto a stage that had whatever drums and guitar set up, and be able to play these songs. Not that we plan on showing up everywhere with absolutely nothing—but the principle is possible.”