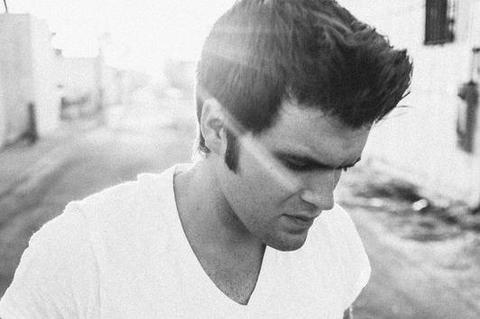 Timeless voices in country music, scattered down through the years, are rare. For those who have listened and heard; the sound of those voices stay in your soul like some restless wind. Hearing Jimmie Rodgers, Hank Williams, Johnny Cash, Willie Nelson, Merle Haggard or Waylon Jennings for the first time carries the memories and impressions which make country music universally great. The feeling of hearing an artist who has that natural gift in the resonate sound of his own voice is what it's like to hear Rod Melacon the first time. His voice flows clear and unforced with the deepest country soul I've heard in quite a while. While it may be tempting to call his sound, 'retro,' it's not a sound that has ever really gone away. He's just bringing the true soul of country music back to us. He's reminding us of where we've been and where we're going; which is possibly the calling of the best of roots artists.

On his sophomore effort there is a new approach thanks to the adventurous production of Dwight Yoakam guitarist and singer-songwriter, Brian Whelan. As producer, Whelan fills Parish Lines with an exciting raw edge that rocks as it drives the songs home. If My Family Name signaled the arrival of a young artist rooted in country, Parish Lines finds him breaking out into a driving, uncompromising rock sound while his heart remains solidly South Louisiana country in lryics and sensibility. The reinvention of "South Louisian" and his single, "Mad Talkin' Man," cuts closer to the bone than the previous versions. What remains are new original songs that extend his Louisiana storytelling craft. The Buddy Holly like, "Cushing Avenue" conveys the simple innocence of home town memories. The Springsteen/Terrance Malick inspired, "Duck Festival Queen." expertly tells the tale of love and murder while and "Curve Lounge," replace the steel guitar with resonate, lonesome slide guitars and a spare simple arrangement. The hard rocking "Wanna Go For A Ride" plays like Jeff Beck and Duane Eddy meet Elvis. It's like a session summit of great rockabilly and blues on some obscure night in the early 50's Sun Studios in Memphis with Sam Phillips peering out from the control booth with an approving Cheshire grin.

The show at Continental Club on Saturday, March 15