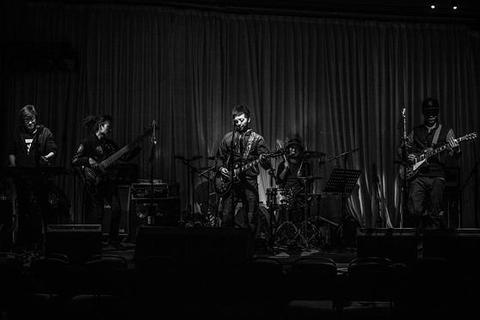 Long considered to be China's first punk rock band, Underbaby was formed by Gao Xing and his brother Gao Yang in 1991. Their earlier band names didn’t express the thoughts of young underground musicians standing up and questioning authority. The band’s name changed to Di Xia Ying Er, literally ‘Underground Baby’ and then shortened to UnderBaby. The band came from a heavy rock background watching their peers in metal bands. Underbaby redefined their musical style in 1995 adhering to their love of Western punk rock bands such as the Sex Pistols, the Clash, the Ramones and early Nirvana. Although there had been other bands that dabbled in the punk genre, Underbaby were considered to be the whole package. After releasing three singles in 1996 and 1997, the band truly rose to fame. The album “Awake”, full of metaphor, irony and resentment against current affairs, was released in 1999 and viewed as a classic punk album in mainland China.

After the breakout album, several members of the band went on to pursue other genres of music with side bands and solo acts. The band dissolved for two years and reformed with influences in gritty electronica and ambient. Since 2001, Underbaby's musical style has evolved into a hybrid of old school Chinese punk rock and electronic chill out. At the end of 2007, UnderBaby was invited to attend a Tenth Anniversary Performance which returned the band to the forefront of modern rock in China. Recently the band has had ongoing performances in various music festivals held in Beijing, Shanghai, Chengdu and Xi’an. Underbaby has been recording a new album with an expected release date in 2013.