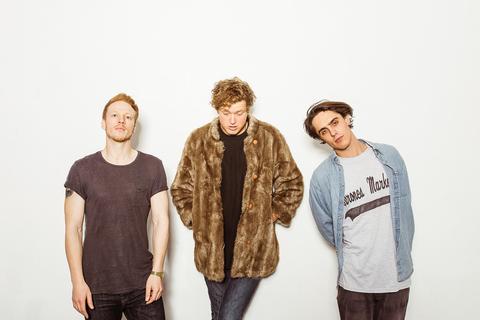 Waylayers consist of Harry Lee (vocals, synths), Dave Norman (bass) and Joe Andrew (guitar). Together they create music that has been described as ‘atmospheric pop’. Fusing elements of electronica and indie-rock, they create the characteristic Waylayers’ sound.

﻿After touring Europe and spending some time away in the studio honing and perfecting their craft, East London trio Waylayers returned with their 6 track EP entitled 'Fault Lines' to critical acclaim. Released in July 2013, the EP went straight into the US Billboard Top 100 and the iTunes Alternative Top 50 and featured on the iTunes homepage for several weeks! The videos for both tracks were directed by Alex Brown, who has worked with the likes of The Maccabees, Klaxons, La Roux and James Blake.

The band were chosen as Steve Lamacq’s ‘Band of the Week’ recently on his BBC 6 Music show and were played for consecutive weeks on Dermot O'Leary's BBC Radio 2 show as well as Janice Long's show . The band received rave reviews from the mainstream national music press and blogs with photographer Rankin describing the band as being "on the precipice of a career about to go stratospheric". The boys have also released official remixes for bands such as Everything Everything, Maximo Park and Mikill Pane. Waylayers' previous single 'Fires’, appeared on the Kitsuné Maison 10 compilation and was produced by Ewan Pearson (Delphic). Waylayers are represented by Eagle-i Music (Sync) and Windish Licensing/Hidden Track Music (Masters) for publishing.

The band are currently in the studio working on new material.

The show at Icenhauer's on Saturday, March 15