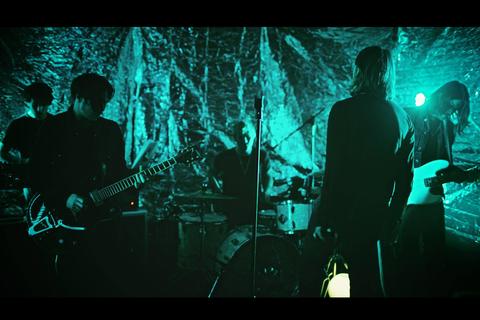 Broken Hands grew up together near Canterbury, England. Their cultivation of psychedelic space rock, garage and blues influences has taken their initial self-promoted hometown shows into increasingly larger spaces and have already joined Band of Skulls on UK and European support tours. After being featured by British fashion brand Burberry and headlining their own UK tours, they performed on the bill for The Rolling Stones' legendary return gigs in Hyde Park, London. SXSW 2014 will see their debut performances in the USA.

The band are brothers Dale (vocals) & Callum (drums) - Jamie Darby (guitar) - Thomas Ford (bass) - David Hardstone (Keys), they describe their musical output to-date as learning/searching to "find what gives our music a true direction and purpose". Recently the band have taken to recording in their shared secluded home in the Kentish countryside, there they have been cultivating music centred around travel, flight and weightlessness.
The concept was deployed at the turn of the year with a full set of new material at a run of 3 sold out shows leading up to this year's SXSW.

The show at Lit Lounge Upstairs on Saturday, March 15