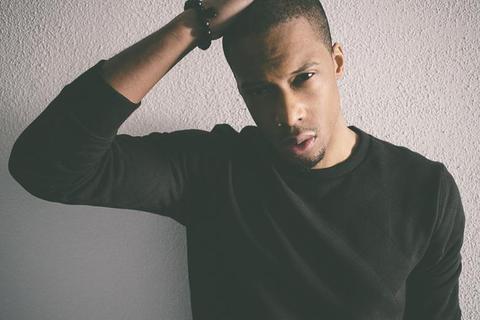 As one of the most celebrated auteurs of his generation of hip-hop artists, Black Milk has conditioned fans and critics to expect the unexpected with each release. Few producers have earned the notoriety and respect he has as a musician, and when that is coupled with commanding talent as an emcee, it’s no surprise that his solo releases are met with exalted anticipation. The new full-length album No Poison No Paradise continues Black’s trend of releasing material that maintains his signature sound while pushing it into new territory.

With more than a decade of industry experience and a rich catalog of recordings, Black Milk has transitioned from one of hip-hop’s young rising stars to a veteran with a uniquely well-rounded pedigree. After scoring his first production credit for Slum Village as a teenager in 2002, he eventually worked closely with the group and co-produced much of their two following albums. While producing prolifically for much of the Detroit underground, including J Dilla, Phat Kat, and Proof, he also started to record solo material showcasing already-polished skills on the mic. His self-released full-length release Sound of the City in 2005 led to his first record deal, and he began to gain international attention for the soul-sample driven style on his proper solo debut Popular Demand, released in March 2007.

With the release of his next album Tronic in October 2008, he began to receive acclaim that extended beyond the hip-hop niche from which he emerged. While his sample-heavy style was still on display in his prolific outside production work, Tronic flexed a more musical approach with layered live instrumentation, vintage synthesizers, and sprawling extended outros, further establishing him as a skilled producer rather than just a beatmaker. The growth in musicality was not just reflected in his studio recordings, as he began touring with a live band and proved to be just as capable of wowing crowds at European jazz festivals as he was at packed hip-hop clubs.

2010′s Album of the Year followed down the same path with diverse influences, more instrumentation, and an even more progressive sound. Black also continued to get better and more thematically versatile as an emcee. After more than 100 shows worldwide in support of the release, Black became one of the most revered and acclaimed live acts in hip-hop, even releasing a live album on Jack White’s label Third Man Records. Black also released a collaborative single with White in 2011, as well as an eponymous full-length, self-titled album with his group Random Axe (Black Milk, Sean Price and Guilty Simpson) and an EP with rising star Danny Brown titled Black and Brown.

With his latest release No Poison No Paradise, Black Milk continues the trend of keeping one foot dipped in classical boom-bap and the other stomping with a fierce originality and willingness to expand his listeners’ sonic palate. Some tracks showcase the raw sample-driven styles that helped make him one of Detroit’s hottest young talents nearly a decade ago. Others flex some of the sophistication and musicality that have become his hallmarks as an artist. Whichever direction he decides to take it, all of the trademark characteristics of Black’s music are fully apparent throughout the album: hard drums, melodic synths, nimble flows.

Perhaps the most noteworthy aspect of No Poison No Paradise is the evolution of Black Milk’s lyrical style. While he’s never been shy to get personal on the mic, Black introduces a refined story-telling ability, mostly told through the dreams of a character named Sonny Jr. The album’s songs are steeped in autobiographical themes and construct rich and visceral imagery of everything from the experience of growing up in a rough working-class neighborhood to the struggles of maintaining one’s inspiration and success as an artist. Even with his lyrical progression, Black’s rap styles are unquestionably sharper and more varied than ever.

No Poison No Paradise is another accomplished full-length solo release for Black Milk and a return to form for one of hip-hop’s most versatile talents. Among the album’s featured guest appearances are Grammy-Award winners Black Thought (The Roots), Robert Glasper, and Dwele.