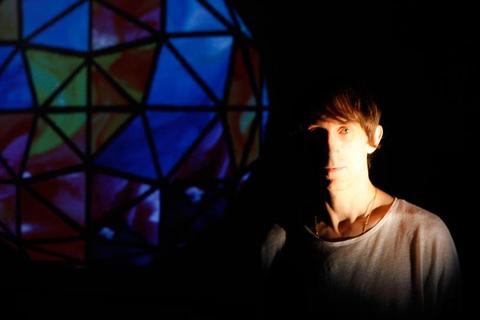 The club lights are low. The dance floor is a sweaty blur of shadows. You can feel the blood and adrenaline surging through the crowd. There’s a band on-stage and they are telepathically connected to the audience—making bodies bounce like it was a feat of mind control. This is Moving Units and this is their natural element: unadulterated grooves and constant motion.

The tone is set from the title of the first song: Attack Everything. There is no time to hesitate and nothing is left behind. It is a 40-minute blitzkrieg of searing sexy guitar riffs, propulsive synthesizer riffs, and urgent drums fit to detonate any dance floor.

Think a long-lost album of Italo-disco covers of Sonic Youth songs and you begin to get close.

It’s about that universal experience and adventure of being young and free to ramble, “ says Blake Miller, founder of Moving Units. “It attempts to capture the same feeling you get whether you’re exploring the city with your friends or road tripping across the country. And of course, it still brings the sleazy sweaty live dance party feel that Moving Units was founded on. ”

Moving Units have bottled this since their 2002 EP debut. When Blake Miller first started writing demos and recruiting band mates to help expand his vision, the idea of fusing dance music and indie rock was practically alien. Alongside groups like Franz Ferdinand, The Killer, and Bloc Party, Moving Units were at the vanguard of bringing body-rocking grooves to scythe-edged rock and roll.

“Back then, no one danced at shows in LA. There were always industry people trying to play it cool,” Miller says.” We wanted to shake things up and make people dance.”

Tastes have changed. Members have joined and left the band. And this is the first Moving Units full-length in six years. But the locomotion inspired by their music remains immutable. Credit the ease with which Miller has merged into contemporary dance culture. A DJ himself, Miller’s remixes with Steve Aoki have earned tens of thousands of spins worldwide.