Mozes And The Firstborn 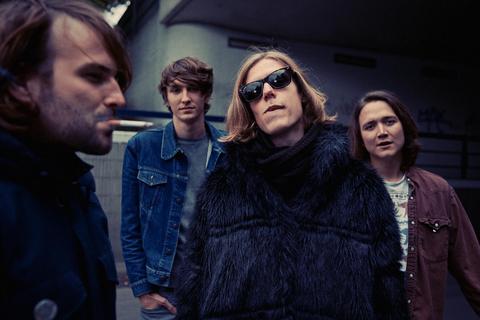 As a child, lead singer Melle Dielesen (23) spent countless hours in front of the television watching and rewinding the animated movie Prince of Egypt. It tells the ancient tale of Mozes. In which God as one of his Ten Plagues in order to harass the tyrannical Pharaoh, commands all the firstborn in the land of Egypt dead. A rather macabre plot, which along with the rest of the movie made a deep impression on the young Melle.

Several years later Melle found himself living in London writing songs. When he was in need of a name for this novel musical project, his childhood fascination soared back to him. Mozes and the Firstborn, so was decided, was to be the name of his new still-to-be-formed band. In 2010 he returned to his hometown of Eindhoven, the Netherlands to look for potential band members. Through a mutual acquaintance he met drummer Raven Aartsen (18) and the two young guns decided to work together to chase their dream of becoming full-time musicians. It was not before long when high-school friend and bassist Corto Blommaert (23) was recruited to join the duo. Their first EP I Got Skills was released shortly after this. Ultimately, a year and a half later guitarist Ernst-Jan van Doorn (28) was added as the fourth member and consequently the band reached its final and definite state.

Rather soon the four-piece started building up a reputation in the Dutch music scene on grounds of their energetic live shows. As everyone who has experienced one can tell: you don’t just go to a Mozes show, you live one. Imagine an all-round rock n’ roll spectacle in which standing still nears the impossible. From Melle’s vocals and frantic demeanor, to Corto and Ernst’s gnarly dance moves, to the powerhouse which is Raven Aartsen: when Mozes is on the stage, you feel something is happening. Although each member has its own unique style and way of moving, they manage to struck the spectator as a solid whole. And this is where the band’s power lies.

Because although started as an initiative mostly by Melle and Raven, Mozes and the Firstborn grew to be a democratic institution in which every band member was able to pour his own creative hunches. Most of the time Melle lays the groundwork for the songs, and subsequently the band jointly sets out to make these blueprints into actual constructions; to which every member can add his own specific qualities.

What more binds the four members is their love for downright rock n’ roll. It shows from the music they make in which they combine the bravado and stamina of the young Rolling Stones, with the ramshackle sleaziness of the Black Lips and the Strange Boys, with the strong songwriting by the likes of Guided by Voices and Ty Segall. All these ingredients culminate into the genre they themselves define as ‘garagepop’.

8:00PM Mozes And The Firstborn