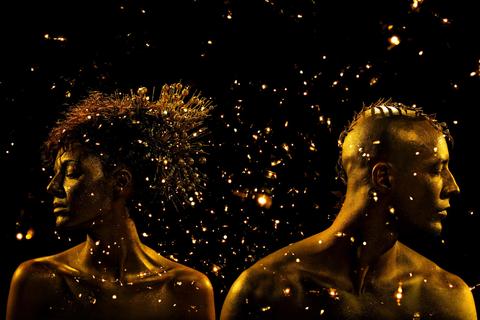 Listen to The Way

Inspired by a taste for the surreal, Cleveland's Mr. Gnome has been creating a singular amalgam of gritty, space-psychedelia since 2005, gaining them an ever-growing following across North America and Europe, as well as praise from the likes of Rolling Stone (named Band To Watch, December 2011), Paste, Spin, Magnet, NPR, MTV, Bust, and more.

Singer/guitarist Nicole Barille and drummer/pianist Sam Meister bring an unfiltered approach to their craft, allowing for emotional and sonic variance, twisting from soft lullabies to interstellar chaos. The duo's mood swings are mirrored by the band's surreal album artwork and music videos, all created by Barille and Meister themselves.

The constantly touring duo are currently wrapping up production on their fourth full-length album, the follow-up to 2011's critically acclaimed Madness in Miniature.

The show at Rowdys Saloon on Thursday, March 13