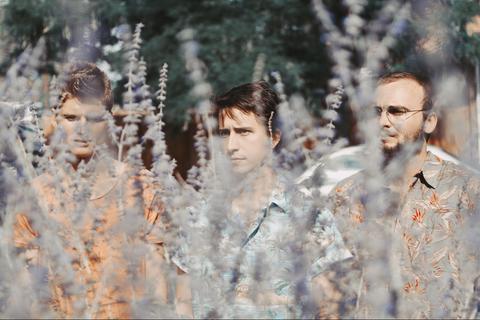 Combining a love of atmospheric ambient sounds and pulsating high energy pop music, lifelong friends Matt McGuire and Will Walden created the band StaG in hopes to achieve a blend of intensity and lushness. StaG started in the summer of 2008 after relocating from Los Angeles, CA to Boulder, CO for college. Using a dorm room as their recording studio, the two began experimenting with ambient and noise music using laptops and a tiny guitar amp. The two wrote and recorded their first record Rifle Meeker in May, 2011, an album about their transition from California to Colorado. British blog This Music Wins said, “The melodies drift with a distant spiritual grandeur, evoking at times such a grey and colourless cloud, but other times a rich gold and red as these compositions climax,” in naming Rifle Meeker the number 48 album on their year end’s list.
Following their debut effort, StaG worked to hone in their live performance and added a drummer and rhythm guitarist to complement the lead guitar of Will and electronic beats and keyboard work of Matt. They have had various musicians fill those roles. StaG rose in the Denver music scene in 2011-2012, playing both the Goldrush Festival in the fall of 2011 and 2012, and The Underground Music Showcase in July 2012 and 2013.
In 2013 they finished recording their second album Difference at Taylor Made Studios in Woodland Hills, CA.