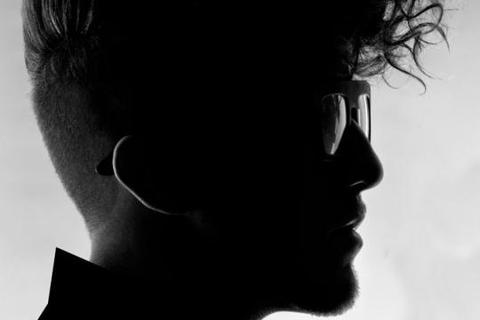 It's impossible to feel lonely when you've got good music pumping through your speakers.

Daley's six-song debut EP for Republic Records, Alone Together, is good music. Sometimes, it's sexy. Other times, it's stirring. However, it's always soulful.

Over a short period of time, the 23-year-old R&B impresario has made a name for himself in his native United Kingdom and beyond. His voice fueled "Doncamatic", the chart-topping single from Gorillaz and "Long Way Home", a standout from Wretch 32. His celebrated independent mixtape, Those Who Wait, has been downloaded over 50,000 times and landed him live gigs stateside for the first time, drawing the attention of the American audience. Now, Alone Together serves as a proper introduction to his distinct style and savvy.
"If you’re expecting a straight-up soul singer, that's not necessarily who I am” he declares. “I'm exploring different sounds with the music. However, I am tying it all together with the songs and how I sing them. It’s important for me to write about aspects of life that people can relate to. Any time a drastic change occurs in my life, it ends up as a song."

Those moments live on tangibly within the music. The first single, "Alone Together", sees the singer team up with modern soul favorite Marsha Ambrosious. It's a careful distillation of divine delivery and seductive grooves. Elsewhere on the EP, 21st century diva Jessie J joins Daley for "Remember Me", a bluesy and brilliant anthem in its own right.

He's certainly put in his time to get to this point. As a teen, he would make bedroom recordings inspired by the likes of Prince, Maxwell, Imogen Heap and Jill Scott. He moved to London from Manchester and built a reputation on the urban underground circuit.
"I would usually be up onstage just after a rapper or a grime MC," he recalls. "So I knew people did not know what to expect, but my music seemed to do the talking for me." His track "Rainy Day" found its way to BBC Radio 1xtra, who started giving it heavy rotation. Fans of Daley include pop contemporaries Tinie Tempah and Little Dragon as well as soul luminaries such as George Michael, Angie Stone, Ledisi, and Chrisette Michelle.

Since debuting in the U.S., he scored nominations in two categories at the 2012 Soul Train Awards. He was nominated for both the "Centric Award" for Best International Performance and the overall award for "Best Outstanding Artist".

As of late, soul has been a UK woman's game, but Daley stands primed to change that. “We’ve had great female artists like Amy Winehouse, Adele and Jessie J. But the men have been slacking,” he laughs. “There hasn’t been a great male soul artist for ages. I want to make it up there.”

Before you know it, Daley will be there…at the top.